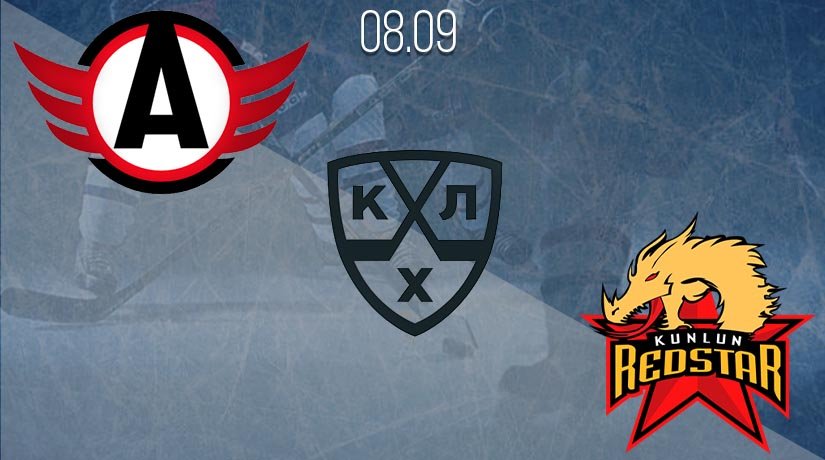 Avtomobilist will host the game against Kunlun Redstar within the regular season of the KHL. Will they be able to please their home crowd with the victory? Let’s find out from our prediction.

Avtomobilist has successfully started in the new tournament and won in two matches in a row. Let us remind you that at first on the road, the team dealt with Traktor with a score of 3-1, and already at home it turned out to be stronger than Spartak – 1-0. We emphasize that in both cases, Jakub Kovar appeared at the goal and played flawlessly, reflecting a total of 52 shots in two matches.

Yekaterinburg residents try to play defensive hockey, the same as in previous seasons, and they do it well. By the way, Mikhail Mamkin scored the only goal in the match with Spartak. However, it is also worth mentioning that Avto played four times on the powerplay, but never scored a single goal.

Kunlun has gathered a squad that is far from the strongest and, most likely, will be one of the outsiders of the Eastern Conference. The team has already played two matches and lost in each case. Let us remind you that the Chinese squad met with Metallurg 1-2, and then tried to bring problems to Traktor, but never managed to do so 1-3.

In both games, Alexei Kovalev’s men were able to score only once, and in a meeting with the Chelyabinsk team, they completely surrendered in the third period. Despite this, Dmitry Shikin looks excellent at the goal and often helps his team out. If not for his actions, the score could well have become devastating in both games.

Avtomobilist showed disciplined play in defence in their starting matches. They will likely be the winner in the upcoming confrontation. Since Yekaterinburg mostly play from the defence, Kunlun, with their attack, will not be able to score more than two goals.