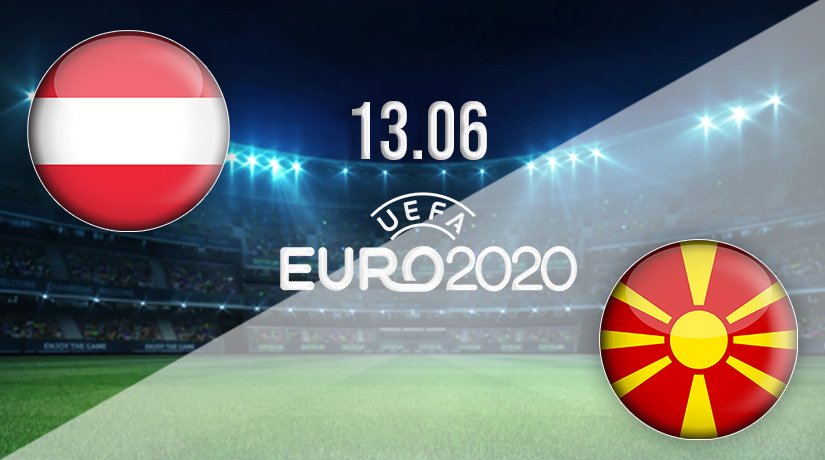 Familiar foes will square off in Group C, as North Macedonia and Austria meet again in the main tournament after facing off in qualification. The pressure will be on both sides as the major competition gets underway, but which team will be able to get off to the best start?

Austria and North Macedonia have become very familiar with each other over recent years, and they will once again do battle at the European Championships this summer. Austria managed to finish second in qualifying Group G, behind Poland. It was far from a vintage progression for Austria, as they managed to finish just five points ahead of North Macedonia, and lost three times in the ten games that they played. Austria’s preparations for the EUROs have also been far from comfortable, as they have gone two without a win. They were also beaten 4-0 by Denmark in their last competitive international. England beat Austria in their first warm-up game, while they were held by Slovakia in the second warm-up game that they played. Austria have failed to score in their last three, and have conceded five goals during this period.

North Macedonia are very much a nation on the rise, and they will be competing in a major tournament for the first time in their history. They did excellently well in qualification, but they had already assured a play-off spot through their performance in the Nations League. Macedonia’s place in the EUROs was assured with a 1-0 win against Georgia in the final of Path D. Their recent form has been very strong, with a well-deserved away win in Germany coming in their last competitive fixture. Their final warm-up game for the EUROs ended in a 4-0 success against Kazakhstan, with Ezgjan Alioski and Milan Ristovski getting themselves on the scoresheet.

Austria and North Macedonia have only met on two previous occasions. Both fixtures were won by Austria, but it’s hard to argue against the fact that North Macedonia are now a much stronger outfit than they were then.

Austria have the experience at major tournaments, but we could see the first big shock of the EUROs coming in this fixture. North Macedonia have excellent form behind them, and we can see them claiming a first win at a major tournament this weekend.

Make sure to bet on Austria vs North Macedonia with 22Bet!