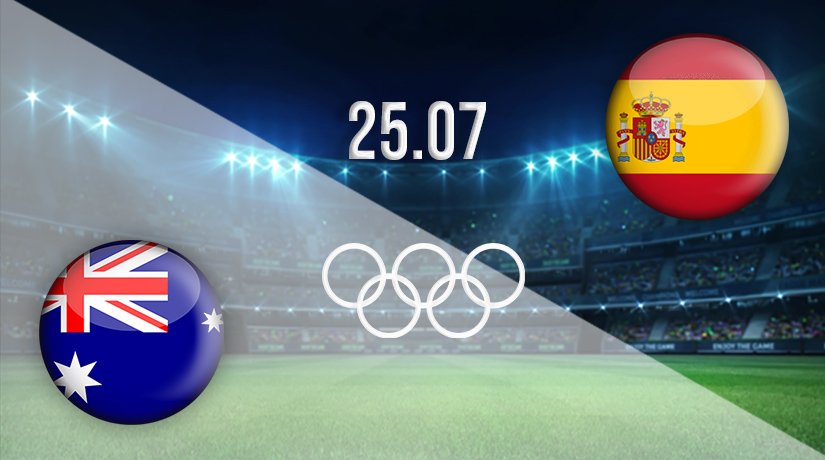 The early favourites to win the gold medal at the Tokyo Olympics find themselves in a testing position as the second round of games get underway this weekend in Group C. Spain must register their first win of the Games this weekend against Australia to stand the best chance of qualification.

Spain have been listed as the clear favourites in the betting to win the gold medal this summer, but they looked anything other than the team to beat in their opening game. Spain were very disappointing, despite the wealth of first-team stars that played in their first game. Pedri attempted to make things happen in the middle of the park, as the Young Player of the Tournament from the recent EURO 2020 continued to catch the eye. However, the Barcelona midfielder was helpless in the end, as the Spanish failed to create many clear cut goalscoring opportunities, and were forced to settle for a point against Egypt. They currently sit second in the group, but victories on the second matchday will see them go to the top of the group.

Australia enjoyed an excellent first outing in the Olympics this summer, as they claimed maximum points against Argentina. If there was a result that showcased just how unpredictable the Games can be, then their win over the recently crowned Copa America champions showed it. Australia were the better team throughout the contest, and in the end took a comfortable 2-0 win. Lachlan Wales broke the deadlock for the Aussies, before Marco Tillo ensured the win with just ten minutes remaining of the 90. The day got event worse for Argentina, as Francisco Ortega was sent off in the first half.

Australia vs Spain Head to Head

Spain and Australia have met sporadically throughout their histories, and this will just be the second time that they have clashed in an international fixture. The only previous meeting came in the 2014 World Cup, as Spain were dominant 3-0 winners. David Villa, Fernando Torres and Juan Mata scored the goals in the victory for the Spanish.

The opening matchday in the Olympics highlights that anything can happen in this tournament. Confidence will be high within the Australia camp, but this will be another tricky test. Spain would be our pick to get the three points, as they finally arrive in the competition with a first victory.

Want to know more about the betting odds for the game? Check out the BTTS, Handicap, Teams to Win and other markets and bet on Australia vs Spain on 22Bet!