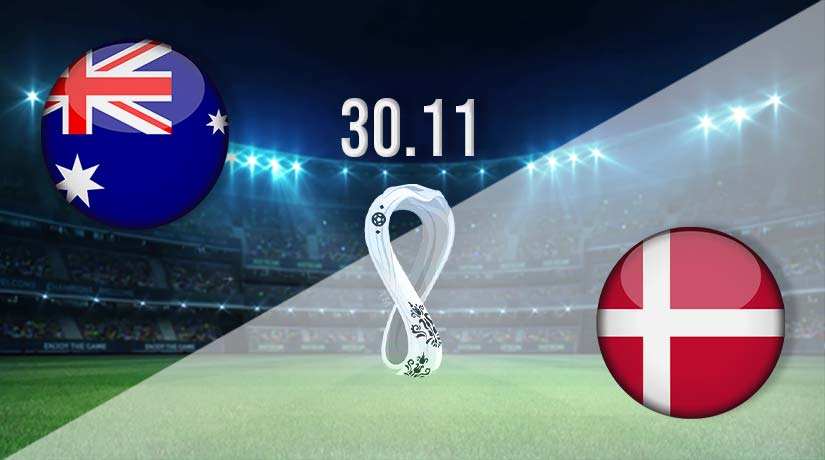 The big game in Group D on Wednesday comes in the form of Australia’s clash with Denmark. Both nations will be looking for a positive result to reach the round of 16, with the Aussies being aware that a draw would be enough to secure their passage.

Australia stand on the verge of creating national team history at the 2022 World Cup, as the Aussies could qualify for the round of 16 for just the second time ever. Australia has already recorded one win at the World Cup this year, which was more than they had managed in their previous two efforts at the tournament. But, a place in the round of 16 would be theirs providing that they can pick up a draw against Denmark on Wednesday.

Australia kept their dreams of progression alive over the weekend, as they bounced back from a thumping defeat against France with a 1-0 win against Tunisia. The only goal of the game was scored after 23 minutes, as Mitchell Duke broke the deadlock. However, it was their defensive play that made the headlines, as the defenders were the stars of the match for the Aussies.

Denmark are yet to really find their feet at the 2022 World Cup, as they are yet to pick up a victory in Group D. However, victory in their final group game will ensure their passage through to the next round of the competition. Denmark were held to a 0-0 draw in their opening fixture against Tunisia, before they were narrowly beaten by France over the weekend.

However, with the attacking quality within the Denmark ranks, many see the Danes as a strong contender to beat Australia and qualify for the round of 16 on Wednesday.

Australia vs Denmark Head to Head

This will be the second time that Denmark and Australia have clashed at the World Cup. The previous meeting came four years ago in Russia, as the nations played out a 1-1 draw. However, Denmark has won two of the previous four meetings.

Denmark has gone five matches without a victory at the World Cup, but they looked back to somewhere near their best in Saturday’s defeat against France. If they can match that performance level on Wednesday, we expect them to sneak through to the next round with a slender win.

Make sure to bet on Australia vs Denmark with 22Bet!