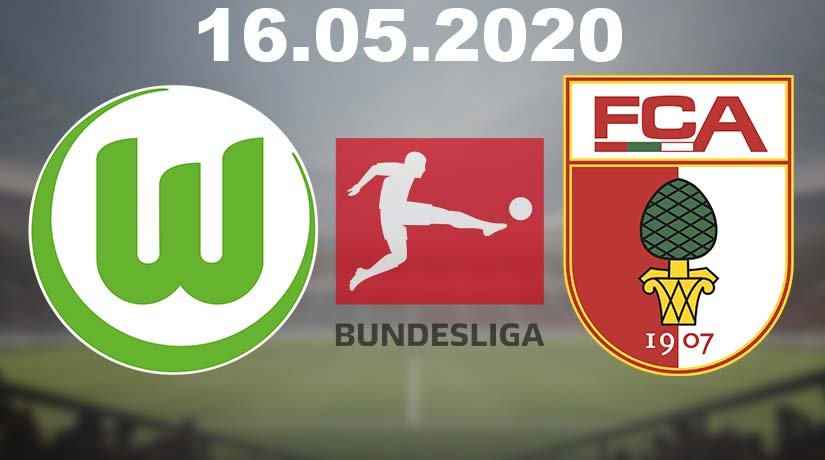 Saturday afternoon will see the long-awaited return of action in Germany, and two sides that are locked at opposite ends of the table will be hoping to revive their season. Augsburg will be looking for vital points to pull themselves clear of the relegation places, while Wolfsburg will be hoping to leapfrog Schalke into the Europa League places.

Augsburg will be hoping to add a second win in seven games when they welcome the high-flying Wolfsburg to the Augsburg Arena on Saturday. It had been a disastrous run of form for the home side before the break in play, as they had lost their last three fixtures. During that run, they were beaten by Bayer Leverkusen, Monchengladbach and most recently, Bayern Munich.

Scoring goals has been a big problem for Augsburg this season as they have scored just 36 goals. That most recent defeat against Munich was the best that they have played for a month, but in the end, they just didn’t have the quality to truly test the league leaders. Bayern didn’t even get out of second gear as they wrapped up a 2-0 win, with their goals being scored by Thomas Muller and Leon Goretzka.

Wolfsburg were one of the most in-form teams in the Bundesliga before the break in play, as they had won three of their last six. Meanwhile, they also hadn’t tasted defeat in that run of fixtures, as they drew the remaining three games in that space of time. Their three wins during that spell had come against Mainz, Hoffenheim and Paderborn.

However, they haven’t won in their last two in the Bundesliga as they were held by both Union Berlin and RB Leipzig. The latter of those was their last domestic outing, as they were held to a 0-0 draw. The travelling side will be aware that a win this weekend could see them enter the Europa League places as they are just one point behind Schalke.

This will be the 18th meeting between these two sides, with Augsburg holding the narrow advantage having won on six occasions. Wolfsburg have won on five occasions, and there have also been six draws. The travelling side scores more goals per match, as they average 1.2, while Augsburg averages one goal per game. The last meeting between the sides ended in a 0-0 draw in October.

This could be a cagey match between two sides that haven’t won in a number of games. Both teams will need to hit the ground running when the season resumes, and that means that a second draw this season between the two sides could be the most likely result.

Make sure to bet on Augsburg vs Wolfsburg with 22Bet!