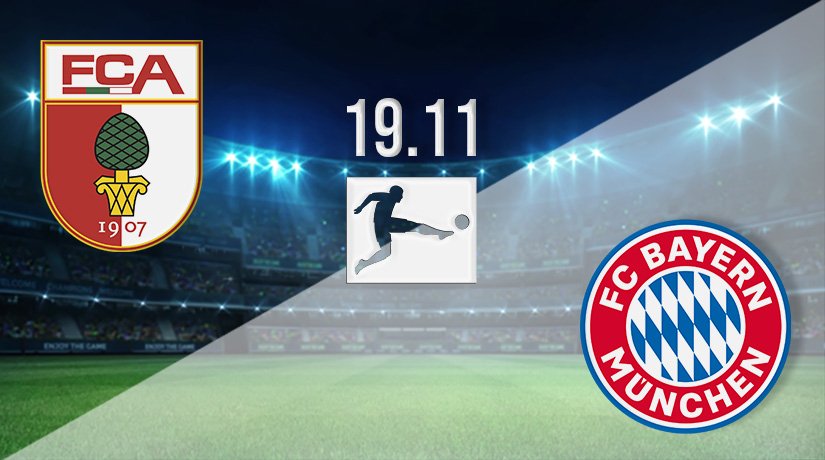 The leaders in the Bundesliga return to action on Friday night for their first game after the international break, as Bayern Munich make the trip to Augsburg looking for their fifth straight victory in the German top-flight.

Bayern Munich continue their domestic campaign after the international break on Friday evening, as they travel to Augsburg. They can extend their advantage at the top of the table to seven points before Borussia Dortmund play their fixture in Germany this weekend.

Bayern have started the season in fine form this campaign, and have already scored a remarkable 40 goals, which is 12 more than the next best in the Bundesliga. The Bavarians have recovered from a blip after the last international break against Eintracht Frankfurt to win their last four games in the Bundesliga. They have scored 12 goals in their last three games in all competitions.

Bayern’s last win the Bundesliga was a nervy 2-1 success against Freiburg, with Leon Goretzka and Robert Lewandowski scoring the goals. They are looking relentless this season, and that could be particularly worrying for the hosts this weekend.

However, they did pick up a big win in their last home game against Stuttgart, as they ran out 4-1 winners. Reece Oxford scored their first goal in that game, while Jeffrey Goulweleeuw, Florian Niederlechner and Alfreo Finnbogason all scored in the second half. However, much more of the same will be needed if they are to stand any chance against Bayern.

As you would expect, Bayern have a dominant record in this fixture, as they have won each of the last three. They have scored eight goals in total in those fixtures, and are also unbeaten in 12 against their opponents on Friday. Augsburg last beat Bayern in May 2015.

There has already been evidence this season that you can attack Bayern, but the worry is always that they will outscore their opponents. Further evidence of that will be seen on Friday, as Bayern get the win, but both teams find the net.