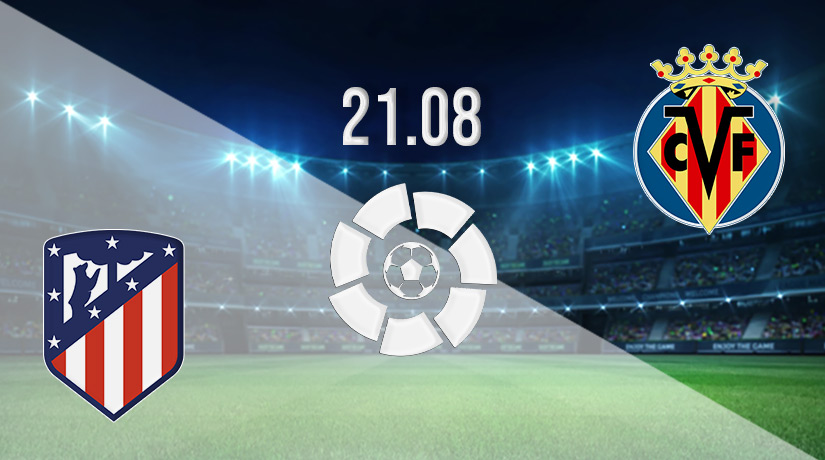 After a storming and statement-making opening to their La Liga campaign with a 3-0 win away to Getafe, Atletico Madrid will be looking to sustain their early momentum when they host Villarreal at the Metropolitano Stadium on Sunday at 18:30GMT. Villarreal are also coming out of a sterling start to their season with an emphatic 3-0 win away to Valladolid.

Can Atletico Make a Winning Start to their Home Fixtures In Front of their Fans?

Diego Simeone will be happy with his side’s start to the season. Their performance away to Getafe was brilliant after they dominated the match while defensively, they did not concede a single shot on target.

This was a typical Simeone performance, and he will be looking to replicate it in the tougher examination posed by Villarreal.

Simeone will also be looking to further re-integrate Alvaro Morata, who grabbed a brace in the opening weekend win.

The focus will be on re-adjusting his attack, especially since Luis Suarez will not play at the Wanda Metropolitano. This is especially important given the defensive solidity of the Villarreal rear-guard.

Can Villarreal Cause an Upset at the Metropolitano?

Unai Emery will have to balance between the Europa Conference League play-off match against Hajduk Split and the need to have fresh players for the mega clash on Sunday against Atletico Madrid in the capital.

After opening the season with a 3-0 away win, Emery will be pleased with his side’s attacking play and defensive balance. However, he will know that the threat posed by Atletico Madrid will be starkly different from the Valladolid side they faced on the opening weekend.

Villarreal will look to be compact defensively against Atletico Madrid, as they will look to launch fast counter-attacks whenever they win the ball.

Atletico kept three clean sheets, conceded just one goal, and scored 13 goals. This good form was translated into their opening weekend fixture, where they triumphed 3-0 against Getafe.

Simeone will be hoping to extend this positive run of form when they meet an in-form Villarreal side on Sunday. The focus will be on balancing defense and attack to keep a clean sheet without affecting their potency in front of goal.

In their last four pre-season matches, Unai Emery’s side won three and drew once as they stepped up preparation for the new La Liga season.

They won matches against Southampton (1-2), Levante (3-1), and Inter (2-4).  Their fixture against Fulham ended in a 1-1 draw. This good run of form was translated into their sterling opening weekend 0-3 win over Valladolid.

Unai Emery will be looking to maintain the solidity of his team when they face Atletico on Sunday as they look to cause an upset against the immediate former La Liga champions.

The Spanish international notched two goals in his first competitive match back at Atletico on the opening weekend. As he steps up to fill the void left behind by Luis Suarez, Morata will be crucial in attack for Atletico this season as they seek to regain their La Liga title surrendered to Real Madrid last season.

This season, his goal-scoring, aerial prowess, and link-up play with Joao Felix will be important for Simeone’s side. Morata will be important on Sunday when they face Villarreal, renowned for its defensive solidity.

The 30-year-old Spanish striker is the talisman for Villarreal. His work rate is crucial for how Unai Emery sets up his team.

His goal-scoring has traditionally been important for Villarreal. This season, he is expected to play a leading role as Unai Emery’s side bids to compete for Champions League places.

His relationship with his striking partner – Jackson – and other attacking players on the team is important in the defensive and attacking phases. Moreno’s movement and creativity are essential in creating space for others and helping create goal-scoring chances.

He will be important for Villarreal at the Metropolitano Stadium on Sunday against Atletico Madrid.

Atletico will look to play on the front foot against Villarreal by dominating possession without leaving themselves too exposed to a counter-attack.

Villarreal will emphasize solidity and a compact defensive unit at the Metropolitano. They will rely heavily on counter-attacks and set pieces to trouble Atletico Madrid’s defensive setting.

Atletico are the favorites to win the match and take all three points.

Make sure to bet on Atletico vs Villarreal with 22Bet!