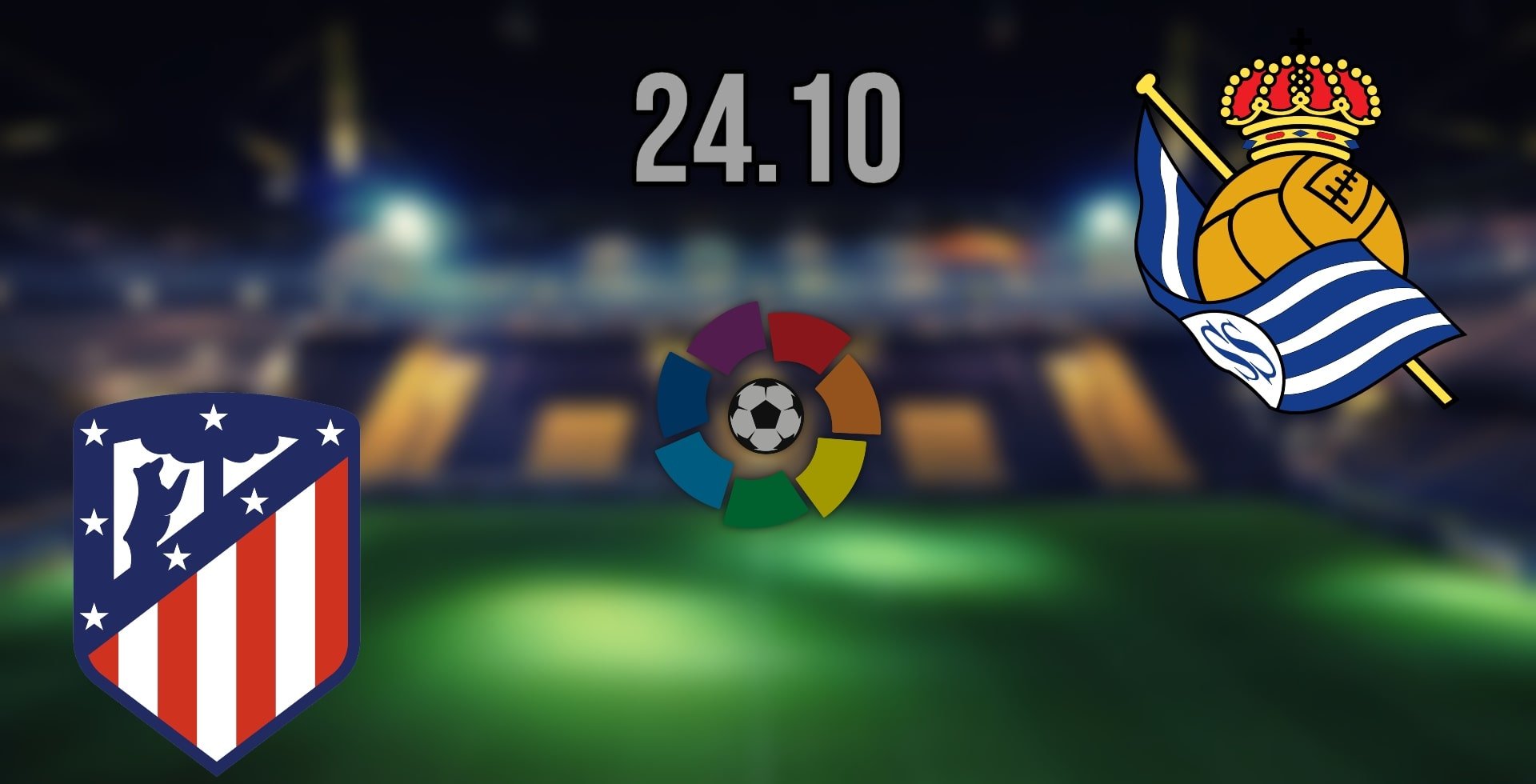 Real Sociedad, flying at the matches of La Liga, travel to the Spanish capital on Sunday to face Atletico Madrid occupying 4th position on the table at 20:00 GMT.

Sociedad, who have played a game more than the three teams behind them in the league table, are currently on a stunning 11-game run of games without defeat across all competitions.

Atletico are looking to put behind their defeat to Liverpool in the midweek Champions League fixture.

Atletico Madrid have not seen La Liga action for three weeks now. October 2nd is the last time they had a La Liga outing. Their match against Granada was postponed last Sunday because of a special request regarding the many international players playing for their countries in South America.

The last La Liga outing for the Spanish champions was in the 2-0 win over Barcelona, with goals coming from Thomas Lemar and Luis Suarez in the first half to seal the win.

However, their last outing was in game three of the group stages’ Champions League competition. In this thrilling encounter, Diego Simeone’s side lost the match 3-2 against Liverpool at the Wanda Metropolitano.

An Antoine Griezman brace offered the perfect response to Liverpool’s strong start with goals by the in-form Mohamed Salah and the otherwise struggling Naby Keita to go into halftime level 2-2.

But Griezman was involved in the thick of the action after the break with a red card. He was sent off for a supposed high boot in a tussle with Liverpool’s Roberto Firmino. With the extra player, Liverpool capitalized and collected all three points after Salah converted from the spot in the 78th minute.

If Atletico offers the perfect response to their midweek reverse by winning against Sociedad, they will leapfrog the league leaders to head the La Liga standings on goal difference.

In their last time out, Sociedad maintained momentum in their robust purple patch in the Europa League on Thursday by beating Sturm Graza 0-1 in Austria, with Alexander Isak’s goal proving the difference.

The midweek win in Austria followed another impressive victory in La Liga last weekend when Sociedad played the second 45 minutes a man down after the sending off of Aihen Munoz.

Julen Lobete sealed the three points with a 90th-minute strike against Mallorca to record Sociedad’s win number 6 in the league this season.

Real Sociedad’s run in La Liga has been mainly down to their defensive resoluteness. They have scored only one goal in their last two games, which means that their defense will need to be strong again coming up against the Atletico attack.

To add to the spice of the game, Atletico haven’t lost any of their first four home matches in La Liga, while Sociedad have emerged victorious in two out of four of their recent outings away from home turf.

In their last six outings in La Liga, Atletico Madrid won three, drew two, and lost one. In all competitions, Rojiblancos have won three, drawn one, and lost two matches.

In La Liga, Real Sociedad have won four, drawn two, and lost no matches in their last six outings. In all competitions, the form guide stays the same, with four victories and two stalemates.

The red card to Antoine Griezman does not affect his domestic action; he is available for selection.

Stavan Savic will be absent from Simeone’s matchday squad as he continues to serve his lengthy suspension, which means that Jose Gimenez, Mario Hermoso, and Felipe will likely remain the bedrock of Atleti’s back three.

Midfield Marcos Llorente, was doubtful in the lead-up to the Liverpool game; however, he is expected to be available given his cameo in the last 10 minutes of the defeat to the English team. However, he might only be fit to start on the bench again on Sunday.

For Sociedad, Munoz will be out as he serves his one-match suspension at the Wanda Metropolitano, following his 90 minutes in the Thursday Europa League action.

Mikel Oyarzabal and Nacho Monreal will make a debut soon because of injury, while Diego Rico has not featured for his new club as he continues with his recovery from a muscle injury.

Carlos Fernandez, Sociedad’s striker, faces a lengthy period with the physio as he continues his recovery from a cruciate ligament injury, but Aritz Elustondo will boost Sociedad’s ranks with a return to action after missing Thursday’s Europa League match.

After scoring a fine brace against Liverpool, and getting himself sent off, Griezman had a bitter-sweet midweek outing.

But he is finding his groove and joy in the Atletico Madrid colors again after his summer move from Barcelona.

He is expected to be influential for the Wanda Metropolitan outfit this season, and in this match, he will be a crucial tool to undo the disciplined Sociedad defense.

After his exploits in the Europa League on Thursday, Isak is hitting a fine vein of form, which will be crucial for Sociedad’s chances of staying at the top of the table.

While the defense has been the bedrock of Sociedad’s excellent run of form in La Liga, it is about time they started scoring goals. Isak is likely to have the expected impact on the scoring at the Wanda Metropolitano.

This match will be a proper top-of-the-table showdown pitting two impressive teams. Atletico Madrid, the reigning La Liga champions, would want to lay down a marker of their credentials to defend their title against the impressive Sociedad side.

Sociedad, on their part, would want to continue their unbeaten run at the expense of the defending champions.

Atletico Madrid were impressive against Liverpool in the Champions League until the red card undid all the good work. With Griezman and Suarez in decent form, Atletico are set to inflict Sociedad their first defeat of the season.