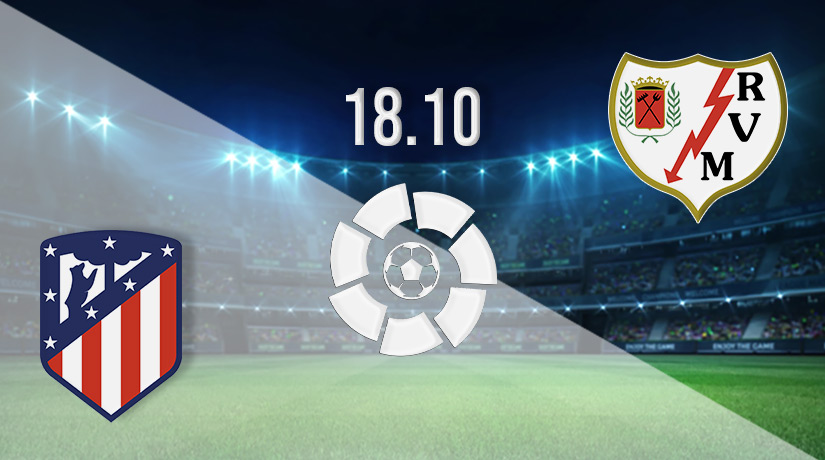 Fresh from winning a tough match away at San Mames against Athletic Club, Atletico Madrid will be looking to press home their advantage in the top-four race when they host Rayo Vallecano at the Metropolitano Stadium on Tuesday at 20:00 GMT.

Can Atletico Stretch their Winning Run to Four Consecutive Triumphs in La Liga?

After they came through the clash with Athletic Club unscathed, Diego Simeone’s charges will be looking to bolster their good run of form with a win at home against Rayo Vallecano.

After they were dominated by Athletic Club, Simeone will be focused on playing on the front foot and dominating the ball against the 10th-placed Vallecano.

The manager will be faced with the challenge of adding to his attacking players by reducing the emphasis on his defensive structure which has hurt their offensive impetus.

Against Vallecano, Atletico are expected to take the initiative and control the tempo of the match without losing their solidity.

Can Rayo Vallecano Cause an Upset at the Metropolitano?

After the draw at home to Getafe on Friday, Vallecano will be looking to continue the upturn in their form as they seek to climb away from the drop zone and into the middle echelons of the La Liga log.

The task for Vallecano when they face Atletico at the Metropolitano will be to maintain their composure and defend in numbers. Compressing the pitch and covering all the gaps and spaces between the lines will make life difficult for Simeone’s men.

Getafe will also focus on using pace from the attacking players to pose an attacking threat against the home side.

Atletico have won six times this season from their first nine fixtures in La Liga; they have also drawn once and lost twice in the process.

So far, they have collected 19 points and sit third on the table; they are just three points behind the table-toppers Real Madrid and Barcelona, although these two teams have a match at hand on Atletico.

In their last five matches, Rojiblancos have four times and lost once in the process; they have hauled 12 points and dropped three in this run. This run of form has seen the surge to third on the log.

Vallecano have started averagely; they have won three times, two draws, and four losses in their opening nine outings. They have hauled 11 points from the available 27.

Vallecano currently sit 10th on the La Liga log, 5 points clear of the 18th-placed Espanyol in the La Liga drop zone. They have scored 10 goals while conceding 12. The focus for the team is bolstering their defensive shape while improving their attacking dynamism and cutting edge.

In their last five fixtures in the league, Rayo Vallecano have two wins, one draw, and two losses. They have collected 7 points out of the available 15.

After he notched in Atletico’s 0-1 win away to Athletic Club, Griezman is showing signs of form as he seeks to kick on this season and drive Simeone’s charges up the table.

His pace, dribbling, movement, and passing are important tools that Atletico leverages in the final third to create and score chances.

Griezman will be important for Atletico in opening up Vallecano at the Metropolitano and bolstering their chances of getting all three points.

The 27-year-old Spanish player is an important presence up front for Vallecano. He has scored two goals in eight appearances for Vallecano, while also providing one assist. He is a creative force with a cutting-edge in front of goal.

The striker will be important for Rayo Vallecano as they look to make use of the little possession they will have against Atletico.

His cutting edge will be important in retaining an attacking threat at the Metropolitano.

Atletico will play on the front foot. They will boss possession and dominate the middle of the pack while dictating the tempo of the clash.

Rayo Vallecano will play reactively by defending deep and seeking to use the counter-attack to pose an offensive threat.

Atletico will win this match and take all three points.

Make sure to bet on Atletico vs Rayo Vallecano with 22Bet!