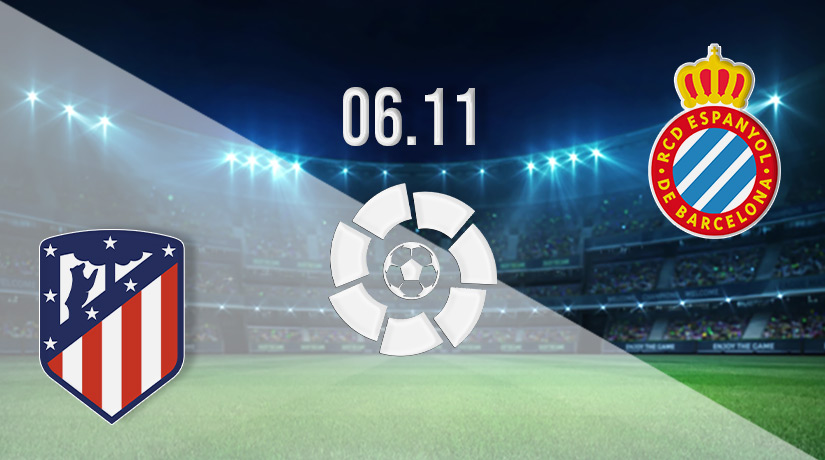 Atletico will be looking to bounce back from the 3-2 defeat away to Cadiz and the fact that they finished bottom of Group B, and thus unable to qualify for the knockout stages of both the Champions League and Europa League.

Diego Simeone’s charges will have a reason to back on track in la Liga when they host Espanyol at the Metropolitano Stadium on Sunday at 14:00 GMT.

Can Atletico Put behind them the Disappointment of Finishing Bottom of Group B and Bolster their Form in La Liga?

Diego Simeone will focus on getting his side back on track in La Liga after they were booted out of European competitions. Starting with the clash against Espanyol on Sunday, Atletico will look to get the three points to fortify their position in the top four.

Defensive solidity is always a priority for Simeone’s sides; however, he will focus on enhancing the fluidity and dynamism of his attack without compromising their ability to keep clean sheets.

Simeone will also focus on enhancing the energy levels, intensity, and tempo of his side when facing Espanyol. With the away side expected to be compact in their approach, the speed of passing will be important for Atletico in creating chances.

Can Espanyol Bounce Back to Winning Ways After Three Winless Matches in La Liga?

Martinez will know that his side will need to display a perfect performance against Atletico to stand a chance of taking something from this match.

The gaffer will look for a disciplined performance marked with defensive solidity to make it hard for Atletico’s attacking players. Espanyol will focus on set pieces and transitions as their opportunity to create goal-scoring chances.

Diego Simeone’s side have won seven matches, drawn two, and lost three in the opening 12 rounds of fixtures in La Liga. This run has seen them fall behind the pacesetters in La Liga – Real Madrid and Barcelona. Simeone will be looking to regain his side’s consistency in La Liga before the World Cup break.

They have scored 20 times in the league while conceding 12 goals in the process. They currently sit 3rd on the table, 8 points behind league leaders Real Madrid.

In their last five outings, Atletico Madrid have won three times, drawn once, and lost once. They have collected 10 points and dropped 5 in this run.

Espanyol’s form this season has been below par. Out of their opening 12 La Liga outings this term, they have won only twice, drawn five times, and lost five matches in the process.

Diego Martinez’s side have scored 15 goals while conceding 20, which leaves them with a negative five-goal difference. They have collected 11 points out of the available 36. They currently sit 15th on the La Liga table, just a point above the drop zone.

In their last five fixtures in the league, Espanyol have won just once, drawn three times, and lost once. They have collected six points and dropped nine in this run.

The striker has scored 5 goals and one assist in 17 appearances for Atletico Madrid this season.

The Spanish international will be central in leading the line for Diego Simeone’s side as they look to regain their consistency in performances and results, starting with the clash against Espanyol on Sunday.

The forward has seven goals for Espanyol in 12 appearances this term. His goal-scoring will be crucial for Espanyol when they face Atletico at the Metropolitano Stadium on Sunday.

Joselu is also important in setting the tempo of pressing from the front, making runs behind defenses, and connecting well with other attackers on the Espanyol side.

Atletico will look to be disciplined and aggressive in their performance. They will seek to dictate the tempo of the match and use their passing in wide areas to open the Espanyol defence.

Espanyol will play with a low bloc and defend in numbers. They will use counter-attacks and set pieces to pose an attacking threat.

Atletico will have too much for Espanyol; they will win and take the three points.