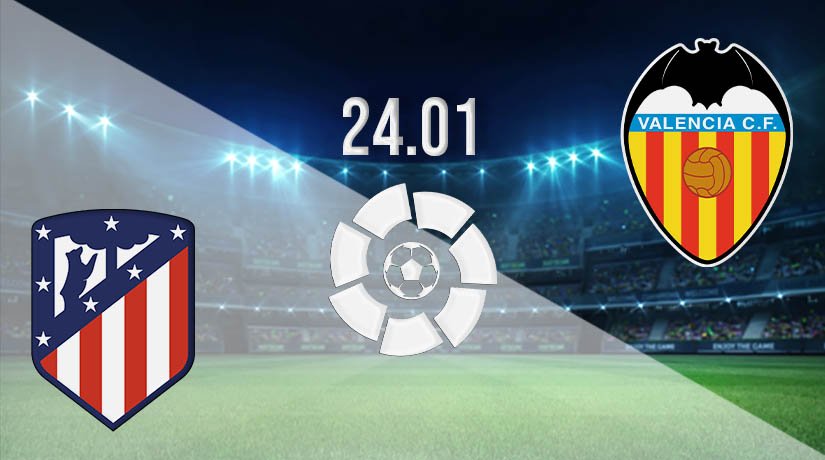 A busy week of action continues in the Spanish La Liga with another four games scheduled to be played on Sunday. The focus of this article is Atletico Madrid’s home match against Valencia with the locals aiming to bag a win and the three points needed to boost their chances of winning the title this season, dethroning derby rivals Real Madrid.

Atletico and Valencia met earlier this season when Madrid battled to a tense 1-0 finish, the winning goal coming in the form of an OG from Toni Lato with 79 minutes on the clock. There has been little between the teams in recent times with no more than one goal separating the pair in the last seven, a run stretching back to 2017. Interestingly, we’ve seen four draws in that time.

Atletico Madrid started the week top of La Liga with their stats for the campaign so far showing 13 wins and two draws from 16 games. The 41 points gained left them four ahead of last season’s champions Real Madrid but with two games in hand over the chasing pack. Atletico are now strong favourites with many to lift the title and they are looking more likely with the passing of every game. Will they hold their ground?

The home team are on an extended run of wins and continued their form with a stunning 2-0 over Sevilla at this venue earlier this month. A goal from Correa set the tempo that day with Saul adding a second on 76 minutes to wrap things up. Despite their strong league form, we did see Atletico suffer a 1-0 defeat at Cornella in the Copa del Rey this month.

Valencia won only four of 18

Followers of Valencia haven’t had quite as much to cheer as those loyal to their opponents with the visitors starting the week down in 14th place in La Liga following a poor run of results. They won only four of their first 18 league games and that is only one more win that two of the three sides currently in the relegation zone. The pressure is building on this Valencia squad and they must get it right before they drop further down the table.

Despite winning only one of their last five games we did see Valencia grab the spare recently when beating Real Valladolid 1-0 on the road thanks to a goal from Soler on 76 minutes. That overdue league success was followed by a 2-0 win at Alcorcon in the Copa del Rey on Sunday.

Atletico Madrid have the home advantage, the better recent form and are pushing to win the title. They will see this as a great chance to step closer to the trophy but if they take Valencia lightly, they could be made to regret it. The visitors are an injured animal and one out for blood.

Make sure to bet on Atletico Madrid vs Valencia with 22Bet!