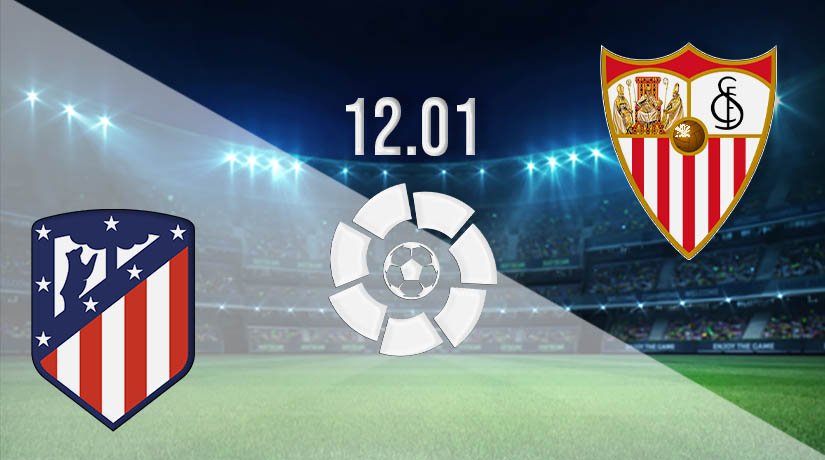 Midweek football comes from La Liga and followers have two major Spanish teams on a collision course as Atletico Madrid prepare to welcome Sevilla. That match is scheduled for a 20:30 GMT kick-off on Tuesday and will be shown to a bumper audience live on TV. Armchair fans are hoping for another classic from one of European football’s top divisions.

The stats suggest this could be a hard-fought contest with Atletico and Madrid fighting out a draw in each of their last four meetings. Interestingly, three of those four games ended with a 1-1 scoreline and that may catch the attention of those who enjoy following the stats. Will the rivals cancel each other out again or will we finally see a winner for the first time in three years?

Atletico Madrid enter the week in fine form and have a great chance to go on and win the La Liga title this season. The home team won a dozen of their first 15 games in his competition, drawing two and losing the other. 38 points on the board placed Atletico one point ahead of derby rivals and last season’s champions Real Madrid but with games in hand over the chasing pack.

Atletico completed a four-game winning run when beating Alaves on the road in their opening league game of the year. That hard-fought three points was closely followed by a shock defeat away to Cornell in the Copa Del Rey just three days later. Their match with Athletic Bilbao on Saturday was postponed due to the weather, meaning Madrid are eager to bounce back to winning ways.

Sevilla understand the size of the task ahead of them when attempting to defeat a title challenger on their patch but there’s confidence in the away dressing room and the Sevilla players know they have what it takes to make life difficult for their hosts. Sevilla are on a strong run of form and find themselves in the mix for a Europa League finish. They certainly aren’t in Madrid simply to make up the numbers.

Sevilla continued a recent unbeaten run when edging Real Sociedad 3-2 at home on Saturday. In what was a thrilling contest, the victors secured all three points thanks to a stunning hat-trick from En-Nesyri which was enough to see off a battling Sociedad who stayed competitive thanks to goals from Isak and a Silva OG.

This is an intriguing match as it pairs two teams with confidence and in great form. Madrid have the home advantage and are higher in the league table but will be made to work by their opponents. Sevilla know they have nothing to lose here. They will play without fear.

Make sure to bet on Atletico Madrid vs Sevilla with 22Bet!