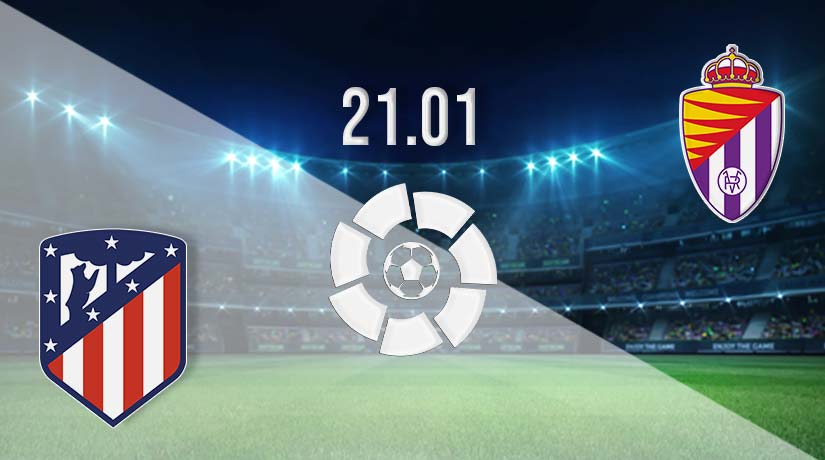 Atletico Madrid, winless in two La Liga outings and having won once in the last five, will host Real Valladolid on Saturday at 17:30 GMT. Atletico will be looking to bounce back to winning form, while Valladolid will be looking to end their four-match losing streak at the Wanda Metropolitano Stadium.

Atletico’s season has so far been characterized by lousy form and inconsistency; the January transfer window has seen the exit of Portuguese Felix to Chelsea on loan and links to a new forward.

Diego Simeone will be looking to focus the minds of his charges on La Liga as he seeks to capture some form and momentum in the post-World Cup period.

While the transfer window has brought some speculation about Atletico’s players and Simeone himself, the gaffer will prefer the focus to be on his team and the points they need to win to bolster their push for the top four.

Valladolid are mired in a relegation battle; they are 17th on the table, one point removed from the drop zone. They are also in the middle of a four-game losing run, underscoring the danger they face to beat the drop this season.

Juan José Rojo Martín will look to devise a tactical approach and motivate his charges before they visit Atletico on Saturday.

What will worry the Valladolid faithful is that they have yet to score a goal in their last four matches. Martin will be focused on fixing his attack to give them some teeth ahead of their clash at the Metropolitano.

Diego Simeone will be without center-back Stefan Savic. The 32-year-old is suspended and will be unavailable for the clash with Valladolid on Saturday.

Juan José Rojo Martín will have to pick the team to face Atletico without central midfielder Anuar, who is nursing a cruciate ligament injury. The 28-year-old has missed 14 matches so far, and a date for his return has not been set yet.

Valladolid also have players on the verge of suspension; these include central midfielder Roque Messa and center-back Javi Sanchez. Both players have 4 yellow cards in 14 appearances each for Valladolid this season.

Diego Simeone and his men will be looking to provide further evidence that they are recapturing their form, especially at the Metropolitano. They need to improve their consistency in performances and results to bolster their top-four claim.

While solidity has never been a problem for Simeone’s teams, they will need a new dimension to their attack to make them dynamic and unpredictable, especially with the exit of Felix.

Real Valladolid will need a better performance to end their losing streak. The focus for the gaffer and his charges will be on improving their attacking play to put Atletico under pressure.

However, this will have to be achieved without necessarily disrupting their defensive approach, which will be important playing away from home. Atletico are the favorites to emerge victorious in this match, take the three points on offer, and solidify their position inside the La Liga top-four.

Make sure to bet on Atletico Madrid vs Real Valladolid with 22Bet!