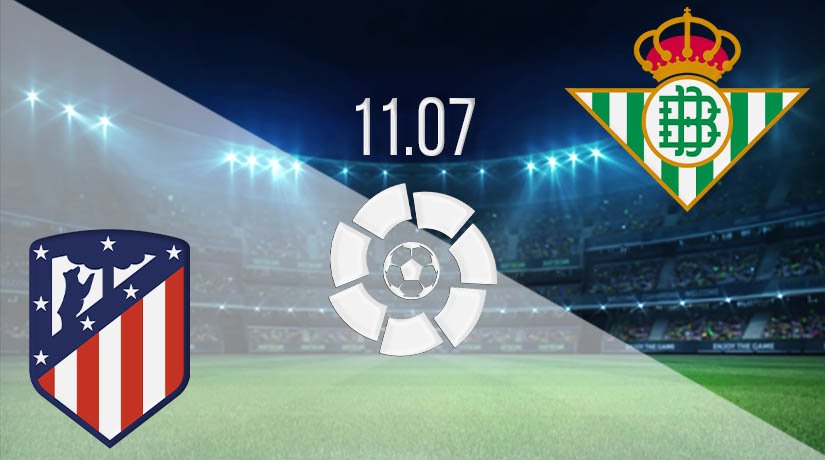 Atletico Madrid have found a newfound focus since La Liga resumed, and they will be hoping to continue that run of form with another win this weekend against Real Betis. But, is there any chance that there could be a shock result?

Atletico Madrid have been in excellent form since the restart as they have won four of their previous six fixtures. Only Real Madrid have lost fewer games than Atletico this season. However, draws have been their biggest issue as they have recorded 15, which is the joint highest in La Liga. Atletico have won once in their previous three fixtures, with that success coming against Mallorca in their last home game.

Their home form has been excellent since the restart, and they have won their last three. However, Atletico did suffer a setback in their last fixture as they drew 1-1 against Celta Vigo. Alvaro Morata scored the goal for Atletico in that fixture. They appear like certainties for a place in the top-four, as they currently have a six-point gap between themselves and Villarreal.

Real Betis have been a little disappointing throughout this season. They are nearer to the relegation places than they are the European spots. Their form since the restart has illustrated the problems that they have, as they have been inconsistent. Betis have won just of their previous six fixtures, and have lost three times in this space of time.

They look set for a place in the middle of the table, but have already shown this season that they are capable of producing big performances against the better teams in the division. They come into this fixture against Atletico after beating Osasuna 3-0 in their last fixture. Guido Rodriguez, Alfonso Pedraza and Carles Alena scored the goals in that win.

Atletico have won three of the previous five meetings. Betis have only won once in the previous five, while there has also been one draw. The previous meeting between these sides was won 2-1 by Atletico back in December.

Atletico have been excellent at home since the restart, and that is expected to continue with another win at home against Real Betis this weekend. It may not be a high scoring fixture, but Ateltico will pick up the three points.

Make sure to bet on Atletico Madrid vs Real Betis with 22Bet!