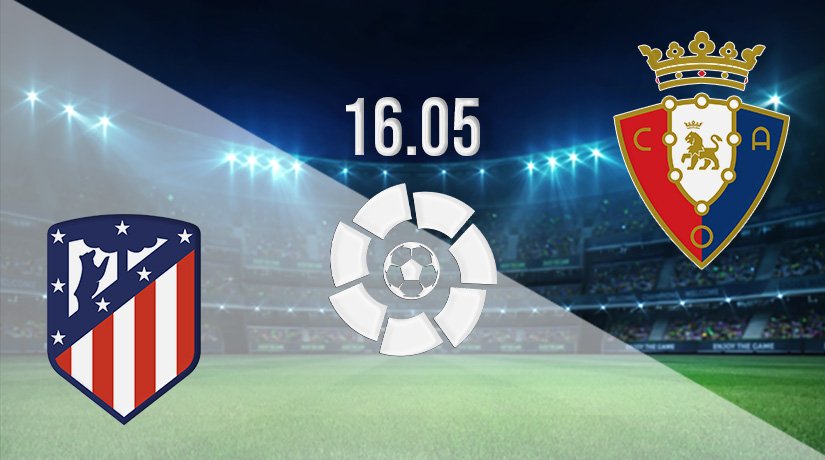 Atletico Madrid’s mission over their final two games of the season is very simple, win their remaining fixtures, and they will be crowned La Liga champions. Atletico’s penultimate game of the season sees them host Osasuna.

Atletico’s lead at the top of La Liga has been tested over the past couple of weeks, and they have needed to ride their luck to stay at the top. They have watched on, as both Barcelona and Real Madrid have failed to pick up the wins to drag themselves closer. However, now isn’t the time to dwell on past performances, as it is all about getting the two wins that they need to win the league title. There was a sense that Atletico were closing in on their first title since 2014 in midweek, as Diego Simeone was very animated after the full-time whistle was blown against Real Sociedad. Atletico claimed a huge 2-1 victory, after Yannick Carrasco and Angel Correa both scored in the first half. Sociedad did threaten to get back into the game with a late goal, but Atletico managed to hold on.

This is one of the best fixtures that Atletico could have hoped for, as Osasuna are in the middle of the league with nothing to play for. They are safe from relegation, and are mathematically out of the hunt for a European spot. However, they have been in decent form recently, as they are unbeaten in two. Osasuna won for the first time in three games in mid-week against Cadiz. Ante Budimir scored twice in the win, while a late penalty from Roberto Torres ensured that they picked up a 3-2 home win.

Diego Simeone’s side have an excellent record against Osasuna, as they have won the last five against this weekend’s opponents. Osasuna’s last victory against Atletico came in February 2014, which is also their only win against Atletico since 2009. Atletico have scored ten goals in the last three games between these sides, with three of those coming in their 3-1 success earlier in the campaign.

The title is in sight for Atletico, and they will be aware that they can’t afford to drop a single point. Both of their remaining games could be cagey, but they will get the win that they need this weekend against Osasuna.

Make sure to bet on Atletico Madrid vs Osasuna with 22Bet!