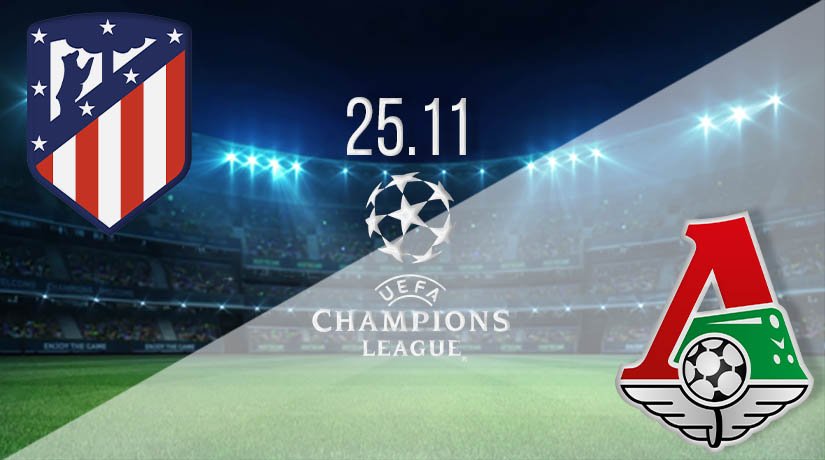 The Champions League action continues Wednesday evening with another eight games to look forward to. Atletico Madrid welcome Lokomotiv Moscow in Group A for a 20:00 kick-off as the Spanish side push to make their home advantage count and apply pressure to Bayern Munich for the top spot in the pool.

Atletico Madrid enter matchday four second in the group behind Munich with four points taken from the nine that has been available to them so far. The La Liga giants lost their opening match against the German champions but responded to beat Red Bull Salzburg in round two. They snatched a 3-2 win that day thanks to goals from Llorente and a Sequeira second-half double.

We last saw Atletico Madrid in Champions League action when fighting out a draw in Moscow earlier this month. That game ended 1-1 with a Gimenez opener cut out by an Miranchuk penalty on 25 minutes. Both sides had chances to win the game but lacked the composure needed in the final third to bag the deciding goal.

Lokomotiv Moscow were always going to be up against it trying to qualify for the knockout stages of the Champions League and that task got harder when drawing Bayern Munich, Atletico Madrid and Red Bull Salzburg. Many football pundits predicting the Russians would end third and beat Salzburg to a Europa League finish, but the visitors remain competitive at the halfway stage.

Moscow make this trip placed third with two points on the board, two less than their opponents. They opened with a draw against Salzburg before losing to Bayern Munich and getting a point from that home match against Madrid last time. They have scored four goals but conceded five and must improve their defence if they are to get anything out of this trip to Spain.

Atletico Madrid know they must make home advantage count if they are to trouble Bayern Munich for the top spot in the group. The hosts have been far from convincing so far but are unbeaten in two at this level. Lokomotiv Moscow realise a win would propel them into the running for a place in the next round, but they must improve their defence if they are to get near the points.

Make sure to Atletico Madrid vs Lokomotiv Moscow  with 22Bet!