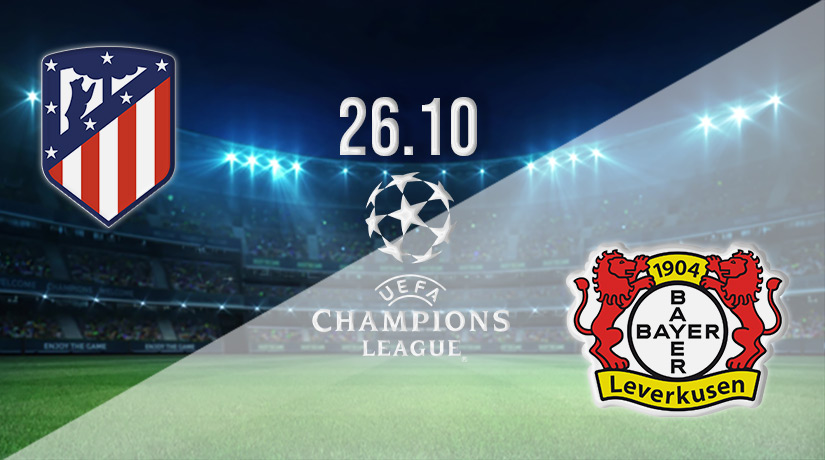 We have another La Liga team taking on a Bundesliga representative on matchday five of this season’s UEFA Champions League group stage. With Barcelona locking horns with Bayern Munich at the Camp Nou, we are in for a sensational Spain v Germany double header. Which nation will come out on top, or will we see a mixed bag? That remains to be seen and we must bide our time, but it’ll be great fun finding the answers to those questions. Set up your favourite chair in the home in front of the TV or visit a popular sports bar showing the action and prepare to enjoy a few hours of professional football at the highest level.

We have previewed the Barcelona v Bayern Munich match elsewhere on this site and you can read that and follow the predictions after finishing this piece. We have high hopes for that game, but goings on in Madrid won’t leave you feeling like you’ve missed out either. This promises to be a competitive contest involving two ambitious teams who believe they belong at this level and are out to show it by progressing to the next round. The result of this match could be crucial in deciding which of these two are able to continue their European adventure.

The head-to-head stats couldn’t be any tighter on the approach to this game with the teams already meeting nine times in the past. There is nothing between them on the stats with Atletico Madrid currently on three wins, Bayer Leverkusen holding three and the other trio ending in draws. A share of the spoils won’t do these sides too many favours and after producing five goals in their last two meetings, we are hopeful of another dramatic evening in Spain. Who wins? Let’s take a closer look.

Nothing has been decided yet

Atletico Madrid are a team renowned for performing well at this level and after being added to Group B alongside Club Bruges, FC Porto and Wednesday’s opponents, pundits had made their minds up before a ball was kicked. The early predictions made it a two-horse race between Madrid and Leverkusen, but that hasn’t been the way of it in the previous four games. Club Bruges sit on top of the pile with 10 points ahead of FC Porto on six with Madrid on four and Leverkusen off the pace in fourth with three points on the board. Things haven’t followed the script.

Nothing has been decided in what has become an ultra-competitive group and with seven points between top and bottom with six still to play for, anything can happen in the next two matches. One thing’s for sure, Atletico Madrid must win this game or at least avoid defeat if they are to remain in the running for a top two finish. The locals have one win, a draw and two defeats with two goals scored and five conceded. Few saw their defence being exposed quite as badly as it has been so far and that’s something the locals must improve upon.

Atletico’s only win of the campaign came on matchday one and it was followed by a pair of defeats before ending level with Bruges a fortnight ago. If they win this match, it shouldn’t matter too much what happens in the other game as Atletico will move towards the final game with a chance of going through. If fans were to choose, they’d support Club Bruges in the hope that their team will finish as runners up without encountering an edgy finish. But both matches and the group hang in the balance, making it even more exciting.

Bayer Leverkusen travel to Spain knowing they must win this match. Anything less than three points and a few goals scored will signal the end of their chances of making it through to the next round. The Germans have been disappointing so far, failing to match the expectations of their fans despite being dropped into a winnable pool. They began the campaign with pundits expecting them to have already booked their progression by this point. But Bayer are exactly where they deserve to be following a woeful opening four games.

They start this match fourth of four with one win and three defeats against their name, scoring two goals and conceding six. As far as poor form goes, we struggle to remember the Germans being as far off the pace as they are this term. Is there something going on behind the scenes? It’s always dangerous to try and guess what’s going on beneath the surface, so we will stick to what we know and concentrate on results, form, stats, and facts. On hard facts, Bayer Leverkusen are out of their depth at this level with their current crop of players.

They have lost each of their last two games and the three points collected means Bayer are already seven off the pace. In terms of winning the group, it’s mathematically impossible, but no one connected to the team will be willing to throw in the towel in the battle for second. Not just yet anyway. Win here and the group will take on a new shape, setting up a thrilling finish for round six. Winning in Madrid is no mean feat, of course, but they must try.

Madrid is in slightly better shape than their opponents and the Spaniards also hold that all-important home advantage. In such a nervy encounter, having the backing of the crowd will make all the difference.

They will be relying on the fans to cheer them to an important win. But the longer this game remains goalless, the more chance Bayer Leverkusen have of hitting them on the break and snatching the points.

22bet members can back Atletico Madrid for the points at odds of 1.656 or there’s 5.05 trading if you’d prefer to have your stake resting on Bayer Leverkusen. It’s 3.98 the draw.

Make sure to bet on Atletico Madrid v Bayer Leverkusen with 22Bet!