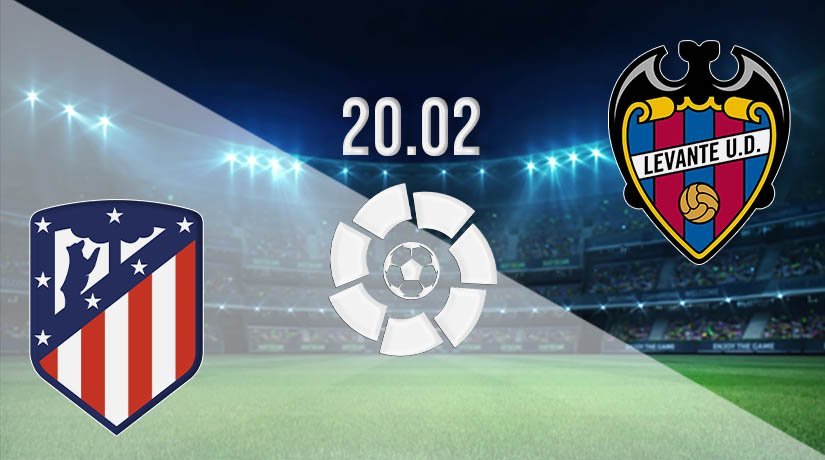 Back-to-back games are more synonymous with the NBA, but this week Levante and Atletico Madrid have become very familiar with each other, as they meet for the second time in four days on Saturday.

Atletico Madrid’s title chances were hindered slightly this week, as they could only draw 1-1 away from home against Levante. The draw means that their lead at the top of La Liga now stands at six points from Real Madrid. However, they still have one final game in hand over their local rivals. There is a sense that the title race is still far from over, which seemed very unlikely just a few weeks ago. Real Madrid and Barcelona have both gone on long winning runs of their own over recent weeks, and that is only mounting the pressure on Atletico, and it showed in that draw on Wednesday. Atletico fell behind after 17 minutes against their opponents on Saturday, as Enis Bardhi fired home. However, they were able to drag themselves level before the break, as Marcos Llorente levelled the scores. There would have been disappointment at the full-time whistle from Diego Simone’s side, as they have now drawn two of their last three games.

The draw for Levante in midweek seemed a very unlikely result, as they have been in poor form in La Liga since the turn of the year. They are sitting in the bottom half of the league table, and have won just once in their last six. However, they put in a great shift on Wednesday, as the team looked more united than they have done over recent months. However, the point means that they still haven’t been able to pick up a win in their last three La Liga outings.

The draw in midweek ended a run of two straight Atletico wins in this fixture. However, they have still not lost in seven meetings with Levante, and have claimed five wins in those seven outings.

Atletico Madrid would have been disappointed with the draw in midweek, but they have been a different animal at home this season. They have won nine of the eleven games that they have played at the Wanda Metropolitano, and we expect them to pick up another home win this weekend against Levante.

Make sure to bet on Atletico Madrid vs Levante with 22Bet!