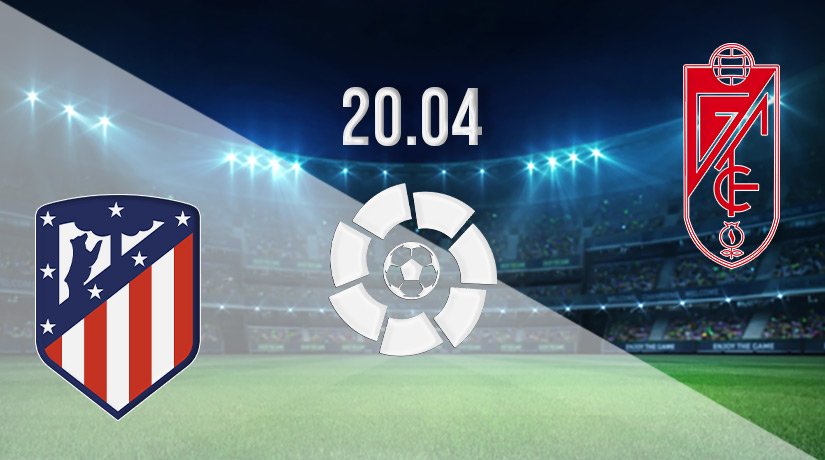 Atletico Madrid put their Champions League disappointment behind them with a victory in their previous La Liga fixture. They will be looking to consolidate fourth spot in the league standings on Wednesday evening, as they host Granada, who will also desperately be looking for something from the game as they fight to stay in La Liga.

It hasn’t been the best week from an Atletico point of view, as they were knocked out of the Champions League last week. The only way that they will be playing in the top European competition next season will be by finishing in the top four of the La Liga standings this season. They look on course to achieve that, but they only hold a slender three-point advantage over Real Betis coming into this midweek round of fixtures.

Atletico recovered after failing to win their last two in all competitions last weekend, as victory saw them move onto 60 points from the 32 games that they have played. That sees them sit level on points with third-placed Sevilla, and just three clear of Real Betis. Their latest success was a 2-1 victory against Espanyol. They needed a goal in the tenth minute of injury time to take the points, as Yannick Carrasco dramatically scored a late penalty.

Granada would likely take the end of the season now, as they sit 16th in the La Liga standings, having picked up 29 points from the 32 games that they have played this season. They are just a point outside of the bottom three coming into this tricky fixture on the road, and their case isn’t made much stronger as they have won just once in their previous five.

Granada picked up a rare victory against Atletico earlier in the season, as they won 2-1. That victory ended a 16-game wait for a victory against their illustrious rivals. Atletico still have a strong record in this fixture, as they have picked up wins in seven of the previous nine meetings.

Granada may have picked up a rare victory against Atletico earlier in the season, but it’s hard to make a case for them doing the double. Atletico should have the fire power to ease to victory in this fixture, and I could see them winning 3-0 at home.

Make sure to bet on Atletico Madrid vs Granada with 22Bet!