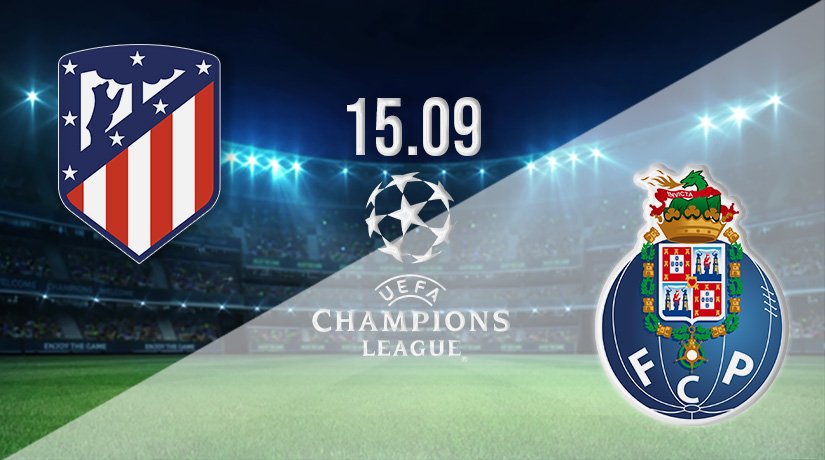 The group of death in the Champions League this season is Group B, which includes Liverpool and AC Milan, as well as FC Porto who travel to the Spanish capital on matchday one to take on Atletico Madrid on Wednesday.

Atletico Madrid will only be too aware that they will need to hit the ground running in the Champions League this season if they want to reach the next round of the competition. Due to the quality in Group B, only a win on the opening matchday at home will be enough to improve their chances of finishing in the top two places. The reigning Spanish champions have started the new season in fine form, with three wins from four. However, they needed a dramatic last minute winner to get the three points against Espanyol this past weekend. Thomas Lemar struck the winner in the ninth minute of injury time to get the win, which came after Yannick Carrasco had put Atletico on level terms with just over ten minutes remaining.

FC Porto may be slightly disappointed with their start to the new season, as they have picked up just eleven points from their opening five league games. They have won on three occasions, and already trail Benfica by four points at this early stage of the campaign. Porto were held by Sporting Lisbon in their most recent fixture in the Primeira Liga, as Luis Diaz scored a late equaliser for the travelling side. They also lost Toni Martinez in that fixture, as he was sent off in the final moments of the clash in the Portuguese league. Porto have struggled against Spanish opposition throughout their history in the Champions League, as they have won just 29% of their games.

This season’s Champions League campaign is the third time that Porto and Atletico have been drawn in the same group. Atletico won both fixtures on the previous occasion, winning home and away in the 2013-14 campaign. However, Porto won both of the fixture played between the sides in the 2009-10 group stages.

Atletico have a great recent record against Porto, and will need to continue that if they are to top Group B. This will be a big opportunity for the hosts to put down a marker for the competition ahead, and we struggle to look past a win for Diego Simeone’s side.

Make sure to bet on Atletico Madrid vs FC Porto with 22Bet!