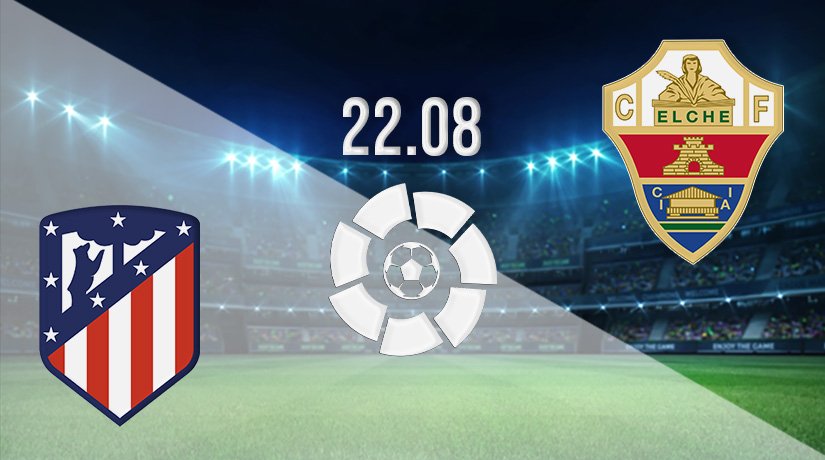 The second week of games in La Liga includes the reigning champions, as Atletico Madrid look to make it two wins from two at the start of the new season. They host Elche in their first home game of the 2021-22 season.

It was a perfect start for Atletico Madrid, as they look to defend the La Liga title that they won last season. Atletico were in excellent form at the end of last season, and they picked up from where they left off in their opening day fixture. However, they were made to work exceptionally hard to claim the opening three points of the new season. Angel Correa opened the scoring for the champions after 23 minutes, but they were pegged back just before the hour mark. However, Celta Vigo weren’t able to stay on level terms for long, as they fell back behind just five minutes later, as Correa scored his second goal of the game. It was a hostile end to the game, as Atletico had Mario Hermoso sent off, while Hugo Mallo was given his marching orders for the hosts.

Elche may have been slightly relieved in their opening day fixture, as they avoided defeat against Athletic Bilbao. Neither side really pushed for the opening goal in the game, which meant a 0-0 draw always looked like it was the most likely outcome on Monday evening. Elche managed just two shots on target in the game, which will be something that they need to improve on should they have a realistic chance of improving this season. It was a slightly different approach though, as they enjoyed the majority of the possession. However, that doesn’t look like it will be the case against Atletico this weekend.

Elche have never beaten Atletico in eight previous occasions. Atletico have recorded seven wins, which includes victories in all six matches that have been played between the Spanish clubs in La Liga. Atletico won the last fixture against Elche 1-0 in May on their way to winning the league title.

Elche struggled on the opening day of the season, while Atletico did what they needed to do to get three points. Atletico will likely produce another professional display this weekend, as they claim a narrow victory to keep pace with the league leaders.

Make sure to bet on Atletico Madrid vs Elche with 22Bet!