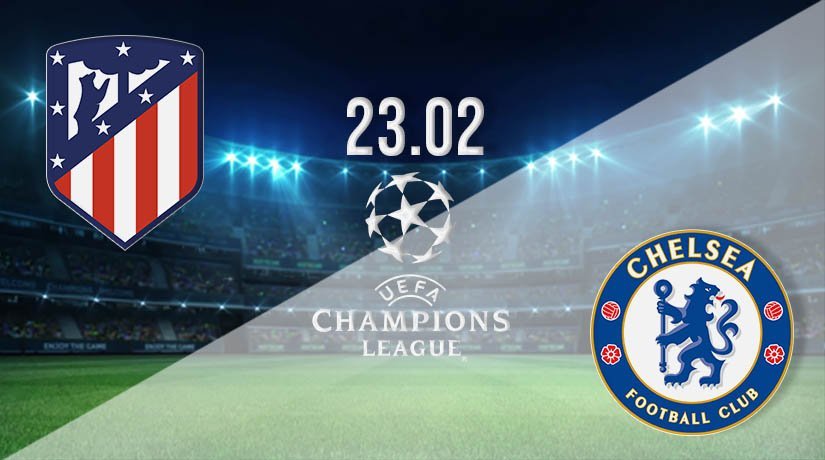 It’s Spain versus England in this Champions League Round of 16 match from Madrid. Tuesday’s game involving Atletico Madrid and Chelsea is scheduled for a 20:00 GMT start, and you can follow all the action live on television. Our team previews what is expected to be a thrilling 90 minutes of action as one of the top teams in La Liga aim to make home advantage count against a giant of Premier League football in the blues.

These teams last met at Stamford Bridge back in December 2017 when fighting out an entertaining 1-1 draw in UEFA’s premier tournament. Saul Niguez fired the opener that day for the away team, finding the net on 56 minutes but an own goal by Stefan Savic ensured they finished level. Interestingly, each of the last three games involving these rivals has seen both teams find the net at least once. Nine goals were registered in those matches.

Atletico Madrid are top of the La Liga table after 23 games played and are edging towards what would have been an unlikely title back in the summer. They have won 17, drawn four and lost only two games at that level so far, the 55 points on the board placing them three ahead of last term’s champions Real Madrid with a game in hand. Confidence is high in the camp.

Despite sitting in pole position and enjoying home advantage for this match we note Madrid’s recent form has dipped. They have won only half of their last four league games, that spell made up of two draws and a defeat. The loss came last time out when beaten 2-0 at this venue by Levante. Fans will want to see a quick return.

Blues back on track

Chelsea started the season well under the management of Frank Lampard but a surprise loss in form saw them drop out of the top four. This forced the board to act, bringing in new gaffer Thomas Tuchel and that bold move has had the desired effect early on. The Blues are back firing again, winning four and drawing one of their last five league matches. They are now looking like a side capable of finishing in the top-four.

The visiting team warmed up for this match with a draw away to Southampton on Saturday. That result brought an end to their long winning run, but it wasn’t the worst result against a capable Saints side on their own ground. Tuchel will be happy to continue the unbeaten run and would, perhaps, see the value in another draw from this game.

The Spanish side know their best chance lies in making home advantage count and they are certainly capable of doing that. Madrid have the form and quality to create chances and hurt this Chelsea defence. The visitors will aim to keep things tight at the back and hope to frustrate the hosts.

Make sure to bet on Atletico Madrid vs Chelsea with 22Bet!