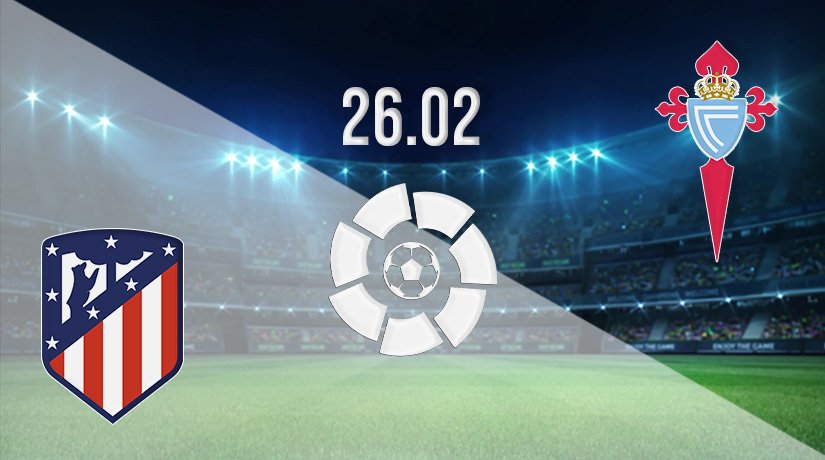 Atletico Madrid will be back in La Liga action on Saturday evening, as they look to get back on the right track to finish in a Champions League place. Their visitors this weekend will be Celta Vigo, who are unbeaten in five.

It has been a sticky patch in form for Atletico Madrid, as they have seen their grip on the La Liga title loosen. It looks incredibly unlikely that they will get themselves back into the title race this season, as they are currently 15 points behind Real Madrid.

A Champions League finish will be the minimum expected by Atletico, and they could face a fight for a top four finish. They are level on points with Barcelona, who are a place above them at present, but the Catalonian giants have a game in hand over their rivals.

Atletico have been in the worst form of the sides challenging for Champions League places, as they have lost twice in their previous four games. However, they picked up an assured win on the road last weekend, as Joao Felix and Luis Suarez scored in a 3-0 win over Osasuna.

Celta Vigo are in a fight for European football themselves this season, as they currently sit in ninth place. They are seven points off the Europa League places coming into this fixture, and six off the Europa Conference League place in La Liga.

Their recent form has been incredibly consistent, as they have won twice in their previous five, but are yet to lose during this run of fixtures. They were held in their latest fixture in La Liga, as they played out a 1-1 draw against Levante. Franco Cervi scored the opener, before Levante equalised in the final ten minutes.

Atletico are unbeaten in their previous six meetings against Celta Vigo. They won the previous fixture between the sides earlier this season, as they claimed a 2-1 win in August. Celta’s last win against Atletico came in September 2018. The last two matches in Madrid have ended in draws.

Atletico may not be at the top of their game at present, but they still should have more than enough to get a win in this fixture on Saturday. They have a strong record against Celta, and we expect them to win 2-0.

Make sure to bet on Atletico Madrid vs Celta Vigo with 22Bet!