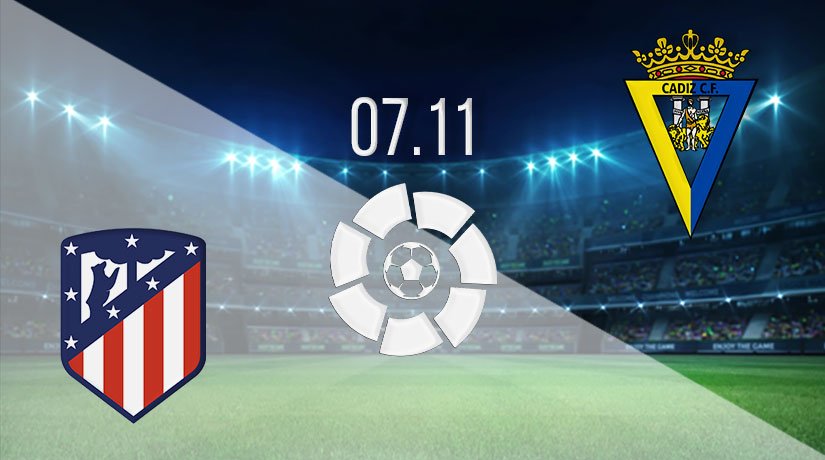 Atletico Madrid could end up being the closest rivals to Real Madrid this season, but they will need to keep winning to ensure that their local rivals don’t run away with the league title. But, will they be able to beat an impressive Cadiz team this weekend?

Atletico Madrid have improved their consistency over the past couple of weeks, which means that there is only a three point difference between themselves and the league leaders in La Liga. After winning just winning one of their opening three league games, Atletico have now won three in a row. They are also the only team in Spain that are yet to lose a game in the league so far this season. Atletico’s last two wins have come against Real Betis and Osasuna.

They have scored five goals in those two games, and have conceded just once. Joao Felix has been in inspired form over the past couple of weeks of the season, and he scored twice in their recent 3-1 win against Osasuna. Atletico continued their unbeaten run of games with a 1-1 draw in the Champions League in midweek against Lokomotiv Moscow.

Cadiz have been one of the surprise packages in La Liga so far this season, as they have won four of their eight fixtures. Safety would have been the target for the club at the beginning of the season, but they could be reassessing that aim after an excellent start to the season. They are unbeaten in five league games, and have won three of these fixtures. Cadiz won their last fixture in La Liga, as they beat Eibar 2-0. Alvaro Negredo scored the opening goal in that win, before Salvador Sanchez Ponce doubled the lead before the half time break.

This will be the third time that these two sides have come up against each other, with the only other competitive meeting ending in a 1-1 draw. Atletico did beat Cadiz in the most recent meeting, which was a friendly in 2014.

Cadiz have caught the imagination in La Liga so far this season, but this will be a huge challenge for them against one of the most dynamic teams in Europe. Atletico should have the quality to get the three points from this fixture against Cadiz, and there could be another goal in the league for Joao Felix.

Make sure to bet on Madrid vs Cadiz with 22Bet!