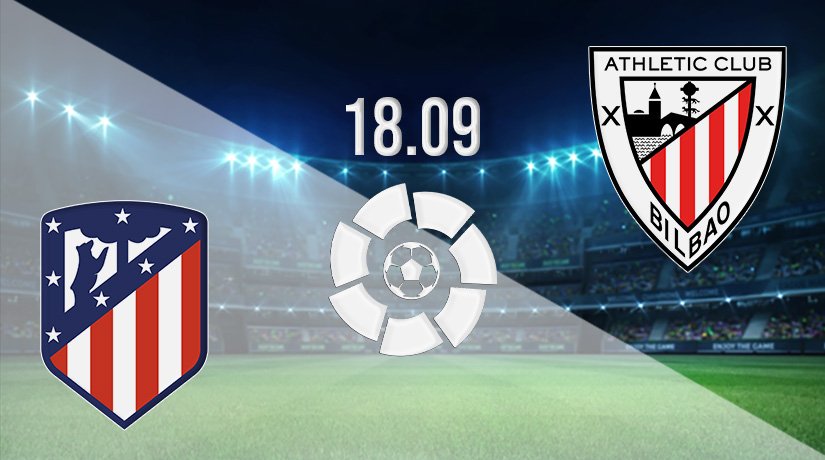 There will be an interesting fixture in La Liga on Saturday afternoon, as the defending champions look to claim victory for the second straight win when they host Athletic Bilbao.

Atletico Madrid’s defence of their La Liga title has started well, and they will be looking to continue that with a fourth win in five games this weekend. They are currently level on points with Real Madrid and Valencia at the top of the league standings, and have scored seven goals so far this term. Atletico won for the third time this season in dramatic fashion last weekend, as Thomas Lemar scored a 99th minute winner to see them past Espanyol. Yannick Carrasco also scored in that win for Atletico, as they needed to come back from a goal down in the second half. Atletico did dominate the possession in that fixture, but created just three shots on target. There was also the welcome sight of Antoine Griezmann being back in an Atletico shirt for the first time since his return to the club, and he could yet play a pivotal part if the club are to win a second straight title this season.

Athletic Bilbao will also be pleased with their start to the season, as they are unbeaten in the four games that they have played so far. After two draws to start the new season, they have picked up victories in their last two games. Bilbao’s first win of the new season came against Celta Vigo, before they recorded a second straight win in the Spanish top-flight last weekend, seeing off Mallorca at home. Both goals in that win were scored in the second half, with Dani Vivian scoring the first, before Inaki Williams made sure of the win with 15 minutes remaining.

Bilbao ended a two-year wait for a win over Atletico last season, as they won 2-1 in their home fixture. However, Atletico Madrid have won their last six home games against Bilbao coming into this weekend’s fixture.

Both Bilbao and Atletico have started the new La Liga season in excellent form. However, home advantage could be crucial this weekend, as Atletico have a dominant home record against Bilbao. For that reason, we expect Diego Simeone’s side to record a fourth win of the new season on Saturday.