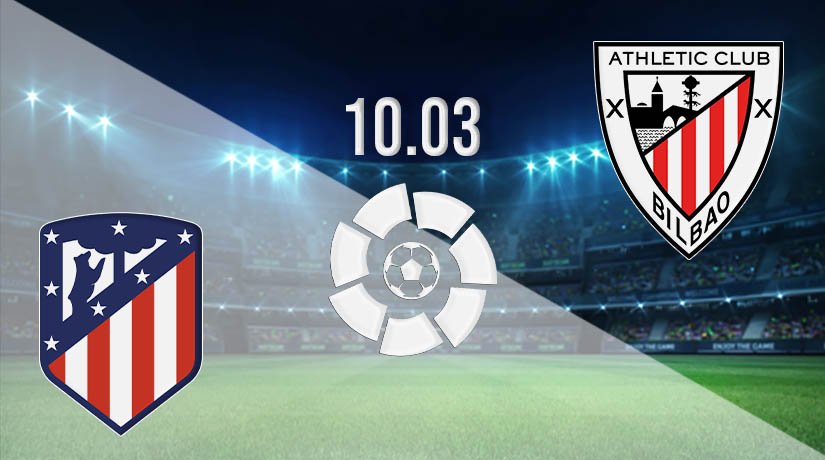 The focus of football fans is midweek will be on the latest round of fixtures from the Champions League and Europa League but there are a few domestic games from the top divisions that will attract attention. A game of note will be played in La Liga on Wednesday evening when Atletico Madrid face-off against Athletic Bilbao from 18:00. Due to be shown live on television this is a great way to warm-up for the UEFA action later in the evening.

Atletico Madrid lead the way sitting on top of La Liga and are now playing their game in hand over the chasing pack. This will be the first time this season Atletico have played Athletic and the home team know three points would take them a step closer to winning the league title. Will they hold their nerve as we enter a crucial stage of the season?

Madrid in the driving seat

Atletico Madrid are top of La Liga and edging closer to an incredible title win. Even the most avid of supporters couldn’t have imagined how good the season would have gone for their team with most pundits expecting Real Madrid and Barcelona to slug it out for the title. Their form heading into this game reads 18 wins against five draws and two defeats. The 59 points gained is three more than the nearest rivals Barcelona.

Despite leading the way Atletico have suffered from a dip in form recently and have won only two of their last five league games. That period consists of two draws and a defeat with Madrid held to a 1-1 at home by Real Madrid on Sunday. Denying a title challenger the win goes down as a decent result for Atletico.

Bilbao on an unbeaten run

Athletic Bilbao make this journey in eighth place and have hopes of forcing their way into the Europa League spots. They have 33 points on the board thanks to nine wins and six draws against 10 defeats, but their recent form is impressive with the visitors on an eye-catching unbeaten run of form. Bilbao have won two and drawn three of their last five outings.

They were last seen in action on Sunday when recording an important 2-1 home win over Granada. Villaibre scored inside three minutes but they needed a stoppage-time winner to get over the line, Remiro making the difference with 91 minutes on the clock. It was a hard-fought three points but Athletic did deserve their victory.

This promises to be a fascinating 90 minutes of football from a competition sure to provide followers with a grandstand finish. Atletico Madrid know they must win if they are to edge closer to lifting the trophy but will get nothing given to them cheaply by Athletic Bilbao. A competitive match will make for great viewing.