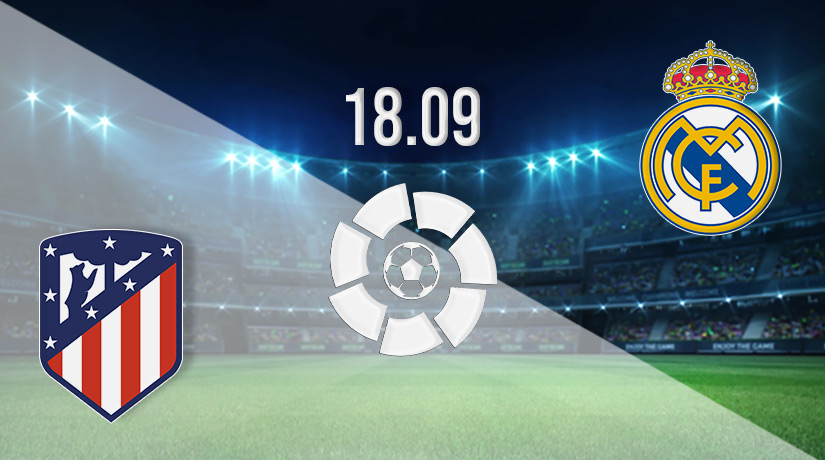 Atletico Madrid host Real Madrid in this weekend’s hotly anticipated derby from La Liga. This match isn’t quite on the same level of popularity as El Classico, but it enjoys a global audience and will pull in viewing figures in the millions this weekend. The stadium will be packed to capacity with followers eager to catch a glimpse of some of the best players in the world strutting their stuff. There are some huge games on the schedule this weekend, but few will come close to overshadowing this game. Get settled early and prepare to be entertained.

Atletico Madrid upset the odds to win the La Liga title in 2021, holding off the attention of both Real Madrid and Barcelona to land a remarkable title win. It wasn’t quite as unbelievable as Leicester City’s unlikely Premier League title win of a few seasons ago, but Atletico certainly did themselves proud. They lost the league championship at the first time of asking, with Real Madrid winning the trophy back, snatching it from their city rivals. We could see these teams slug it out for the main prize again this term.

Past meetings of these neighbours have produced some memorable and fascinating matches. The most recent Milan Derby ended in a 1-0 win for Atletico at this venue in May. Carrasco scored the winning goal that day from the penalty spot just before half-time. The team playing at home had won each of the last two and hadn’t lost since February 2019, when Blancos won by three goals to one. Read on for our big match preview and predictions.

Atl Madrid is unbeaten in three

Atletico Madrid prepares for this derby match on the back of a three-game unbeaten run. The locals can be found down in sixth place in the league with stats of three wins, one draw and a defeat, scoring nine goals and conceding four. The 10 points claimed means they are five off the pace set by Real Madrid, meaning anything less than a win at home against the leaders would cause serious damage to their chances of winning the league. It’s still early in the campaign, but eight points behind such a consistent champion would be a big ask.

The locals won on debut but lost their second match before putting together that three-game purple patch. They have won two and drawn one of their last three, claiming victory in their most recent start. The fightback from that early season loss began with a 1-0 away win over Valencia which helped steady their ship after losing 2-0 at home to Villarreal. That hard-fought win against Valencia brought the month of August to a close, giving the team a solid platform on which to build September’s challenge.

They opened the month with a battling draw away to Real Sociedad, with that match ending 1-1. That was another fixture Atletico were the favourites to win, but they managed just a point, with two goals in two games not nearly enough to bag another win. Madrid did get the desired result last weekend when hammering Celta Vigo 4-1 at this venue, and they were also in good shape in their opening match of the Champions League group campaign. Atletico beat FC Porto 2-1 in Spain, helping to boost team morale further.

Blancos are five from five

Real Madrid was impressive last season as they battled back from finishing second behind Atletico Madrid to regain the La Liga championship. They did it in eye-catching fashion, adding the Champions League trophy to cap a stunning season. Will this year live up to the high standards of last? It’s certainly possible, judging by the start the champions have made, winning each of their first five games and hitting the top of the league. Madrid is in pole position and knows they are there on merit, playing five, winning five, scoring 15 goals and conceding just five. Despite their faultless opening few weeks, Real are just two points better than a dogged and determined Barcelona, who look to be rejuvenated following a summer signing spree.

Real opened the season with a stylish 2-0 win over Eintracht Frankfurt in the UEFA Super Cup before shooting down Almeria in their league opener. That match finished 2-1, but it had a feel about it that the victors had more to offer. They then hammered Celta Vigo 4-1 on their travels before rounding off August with a 3-1 victory at Espanyol. It hasn’t been the toughest run of games for Real Madrid, but they have done the job in style.

We last saw the visitors in action a week ago when adding a fifth league win of the season. The three points gained that day came courtesy of a 4-1 home result against Mallorca, with the goals coming from Valverde, Junior, Rodrygo and Rudiger. Blancos also got their Champions League campaign off to a flyer, making light work of a pumped Glasgow Celtic at Parkhead. There are goals running through this team, and they head into the Madrid derby knowing this is an ideal opportunity to put another three points on the board while strengthening their title hopes and hurting a rival’s chances.

Atletico is at home and will enjoy the support of the crowd, but they are also the side with all the pressure on their shoulders. The locals know this is a winnable match, but the points won’t come easy today. Atletico must be at their best and must forget this is a game they need to win to stay in the title hunt.

Real Madrid may have a perfect start to the season, but it’s far too early to be celebrating. There will be no back-slapping or congratulations in the camp as Blancos knows there’s still plenty of work to be done. Lose the derby, and they could surrender pole position.

Make sure to bet on Atletico Madrid v Real Madrid with 22Bet!