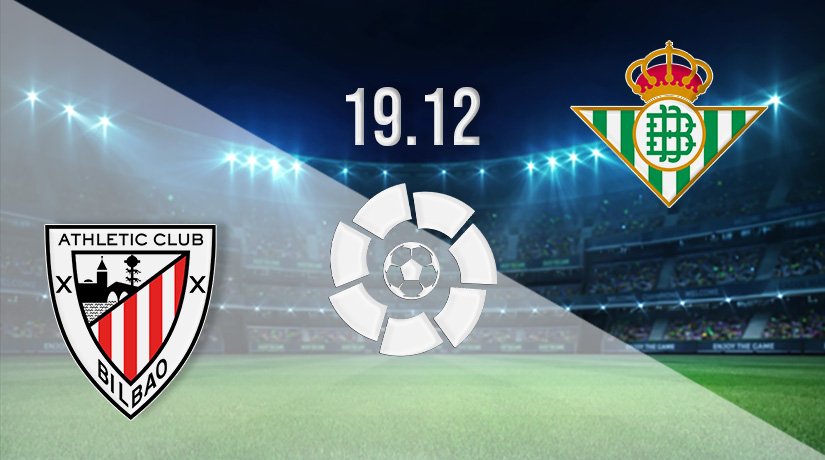 Real Betis, who are on red-hot form in La Liga at the moment, travel to the Basque country to face Athletic Club, who are in indifferent form, on Sunday at 16:15 GMT.

Manuel Pellegrini’s men are flying at the moment. They have won four straight matches, and in this run, they have scored 11 goals and conceded 1.

This run of form has seen Pellegrini’s side surge into the top three on the La Liga log, one point behind second-placed Sevilla and nine behind league leaders Real Madrid.

Betis will be looking to maintain this momentum when they face Athletic Club on Sunday.

Can Athletic Club Find a Way to Win Their First Match in Six Outings?

Marcelino García Toral’s cannot find a win in La Liga. They are losing ground in the top half of the La Liga table, and they will need to start winning football matches soon.

Athletic have become draw specialists; they have 9 this season together with 4 wins and 4 losses.

Losing matches is not the problem for Athletic, but they need to start turning their draws into wins to better their record and position on the table.

Marcelino García Toral’s side is in a terrible run of results. Winless in their last eight rounds of fixtures in La Liga, Athletic have drawn five and lost three in this run.

Toral’s men have collected just 5 points from the available 24. This run has left Athletic 11th on the La Liga table, well off the European qualification places in the top-half, and just 7 points off the relegation places.

Pellegrini’s men are on a 4-match winning run, which should provide sufficient momentum into the weekend when they face Athletic Club.

Their good run is reflected in the 18 points they have collected from their last 8 matches in La Liga, which means they have dropped only 6 points. This points haul is only second to Real Madrid’s 22 points out of 24.

Pellegrini’s side will be looking to extend this run of form and continue applying pressure at the summit of La Liga.

Marcelino García Toral will be without the 24-year-old center-forward Asier Villalibre, who is nursing a hamstring injury since November 20th.

Dani Vivian will also be unavailable for selection in the upcoming match; the 22-year-old center-back is suffered a hamstring injury on October 27th, which has kept him out since.

Total will also be without Yuri Berchiche, who has been side-lined with pubitis.

Manuel Pellegrini will have the full complement of his squad available for the match against Athletic.

Betis welcomed back Nabil Fekir in the match against Real Sociedad. Fekir was on the score sheet on the 66th minute before he was substituted.

Muniain’s influence on the Athletic Club team is underscored by the fact that he is the captain. His direct dribbling style is crucial for Athletic’s ability to break down defenses and create chances for their two strikers (Garcia and Williams).

Muniain will be crucial if Toral’s side are to start winning football matches again in La Liga and enhance their chances of climbing into the top half of the table.

The creativity, pace, and goal threat the Fekir carries are important weapons for Real Betis when seeking to hurt their opponents. Fekir carries the creative load in the team.

In the absence of David Silva, Nabil Fekir plays a central role of Real Betis in creating and filling the half-spaces in the attack. His four goals and four assists in 19 appearances this season highlight this influence.

Expect Pellegrini’s side to start the match on the front foot, dominating possession, pressing, and counter-pressing. They are playing with confidence, which is helpful when it comes to high-pressure matches.

Given their current form, Athletic will start the game with discipline and solidity. This will mean that Toral’s side will cede possession and territory to Betis.

Real Betis are in a good moment, and they will take all three points.

Make sure to bet on Athletic vs Real Betis with 22Bet!