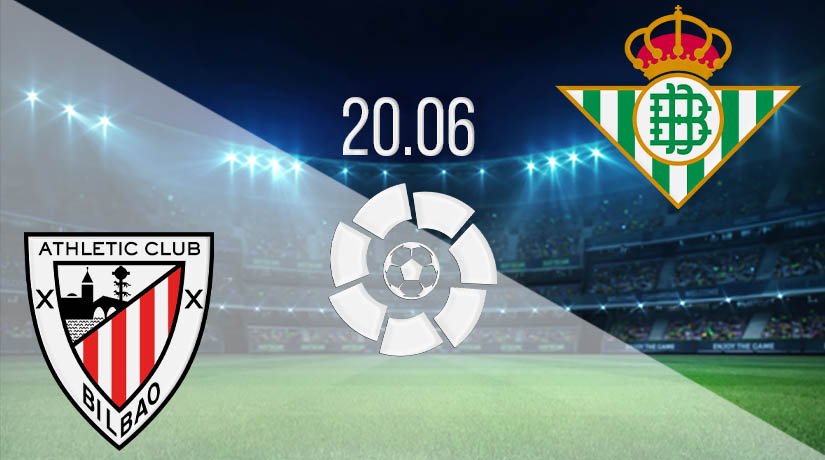 The action in La Liga has been fierce since it made its return last weekend, and there are still points that could see Athletic Bilbao close down the gap on the Europa League places. But, this fixture against Real Betis is a must-win if they are going to achieve a finish in the top seven.

Athletic Bilbao will still be hopeful that they can finish in a Europa League place this season, but they will be wary that the five-point gap doesn’t get any bigger. Their chances of achieving that finish haven’t been helped by their form since returning to action as they have drawn both games. Those results coupled with back to back wins for Villarreal has ensured that the difference has increased. Bilbao will realistically have to win nearly all of their remaining nine games to have a chance of securing seventh spot, and there is a slim chance that will happen judging by their form over the past six games. They have drawn twice, lost twice and won twice. Their most recent draw was against Eibar. Raul Garcia and Asier Villalibre scored the two goals for Bilbao on that occasion.

Real Betis have endured a disappointing season this year as they are locked in the bottom half of the table with very little to play for over the closing weeks of the season. They are safe from the threat of relegation and have no hopes of achieving a finish in the Europa League places. They have been disappointing since returning to action as they are yet to win in La Liga. Their last game in the league ended in a 2-2 draw against Granada. They managed to turn the game on its head on that occasion with goals from Sergio Canales and Cristian Tello in the final ten minutes. However, a late goal from Granada levelled the scores in the 91st minute.

Bilbao holds the advantage in the overall record having won 12 occasions compared to the eight successes recorded by Betis. There have also been five draws in the past between the two sides. The fixture earlier in the season ended in a 3-2 win for Betis.

This will be a close game between two evenly matched sides, and the most likely result will be a draw.

Make sure to bet on Athletic Bilbao vs Real Betis with 22Bet!