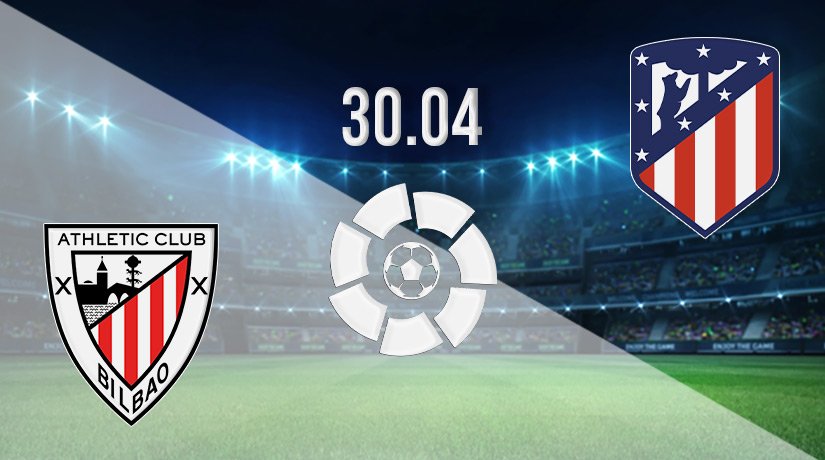 Following the drama of the midweek UEFA Champions League and Europa League semi-finals, we return to league action across Europe. The biggest and best-loved competitions are back in action, including the La Liga in Spain, which produces a full fixture list across Friday, Saturday and Sunday.

Saturday brings us four matches to look forward to and with Real Madrid amongst those in action, it promises to be a fascinating few hours. The main attraction on Saturday pairs Athletic Bilbao and last season’s champions Atletico Madrid who face off from 20:00 GMT in a clash you can follow live on television. There’s plenty to play for, even at this late stage of the season, and we’re hoping these sides deliver a game worthy of the occasion.

Athletic Bilbao hold the home advantage and will be eager to make that count, adding three points to their tally that will move them to within touching distance of a European finish. They are likely to be involved in next season’s Europa League, but anything can happen in the final few games. Bilbao must continue their decent form and produce a grandstand finish if they want to give their fans something worthwhile to cheer.

Atletico Madrid won the La Liga title last season but won’t be defending it with the trophy likely to move across the city to Real Madrid, barring any last-minute collapse for Blancos. They are on course to finish in the top four and cement Champions League football next term.

These teams have met twice already this season in La Liga and the Spanish Super Cup. The league match ended goalless in Madrid before the Super Cup encounter produced a 2-1 win for Bilbao earlier this year.

Armchair fans would love to see something close to a repeat of the drama witnessed that day, and both sets of players have the class and quality to pick up where they left off. Prepare for another enjoyable match from one of the best competitions in world football.

Athletic Bilbao have suffered a mixed bag of results in their last three La Liga matches, taking four points from the nine available to them following a win, draw and defeat. They can be found in eighth place in La Liga with 48 points on the board, which puts them seven points behind the top six and well off the tally needed to gatecrash the top four party. They have performed well in this campaign without ever laying a glove on the front runners, but fans will look back and rue a lack of consistency if they fail to qualify for Europe. Their stats read 12 wins, 12 draws and nine defeats with 39 goals scored and 34 conceded.

The locals suffered a surprising 2-0 defeat when last playing at home. They were hosting Celta Vigo on that occasion and were expected to pick up a valuable win and three points but failed to deliver, well beaten by an opponent that wanted it more. The goals that day were scored by Iago Aspas and Beltran, with the match finished as a contest inside the first half. Vigo stunned the home support with their fast start, and Bilbao were unable to recover. They must learn the lessons of that day and set about improving in this game.

They did win their most recent outing when scoring an eye-catching away win over Cadiz last Thursday. In a game that proved to be a thrilling watch for supporters, Bilbao won 3-2, with the goals coming from Garcia, Muniain and Vesga before the latter was sent off on 71 minutes after picking up his second booking. That allowed Cadiz back into the match, scoring late on to set up a nervy finish to the game, but Bilbao showed their character to hang on and earn the victory. Will we see them go two in a row?

Madrid are closing the gap

Atletico Madrid made history last season by hitting the front in the La Liga title race and defending their position against late interest from Real Madrid and Barcelona. They have lacked the consistency needed to challenge for an incredible two in a row but are in the running for a top-four finish, and, if they continue to play well, they could secure the runners up position behind Real Madrid, who are edging their way towards what will be a deserved title. There’s still all to play for in this campaign, and followers of Atletico are preparing to bring the curtain down in style. Following a title win with a silver medal would be remembered as two great seasons.

They travel to this match sitting fourth in the table with 61 points on the board, which is just two points fewer than Barcelona in second and Sevilla in third, so no one inside the away dressing room will be ready to throw in the towel just yet. They know second place is there for the taking if they can hold their form and finish with a flurry. A huge effort is required, but the players know there’s only a few games left, and anything can happen.

Madrid’s recent form shows they have won three, drawn one and lost one of their last five. They have taken four of the last six points available to them thanks to a 2-1 home win over Espanyol followed by a goalless draw with Granada. That level finish was a disappointment as it was at home against a team they should be beating, and Madrid had enough of the ball possession and enough chances to win the game. The players know that was two points dropped rather than one point gained.

Here we have a meeting of two ambitious sides with plenty still to play for in the last few games of the season, and that will make this an interesting 90 minutes. Bilbao are the locals, but Madrid are higher in the division and know they have a chance of finishing second.

Make sure to bet on Athletic Bilbao v Atletico Madrid with 22Bet!