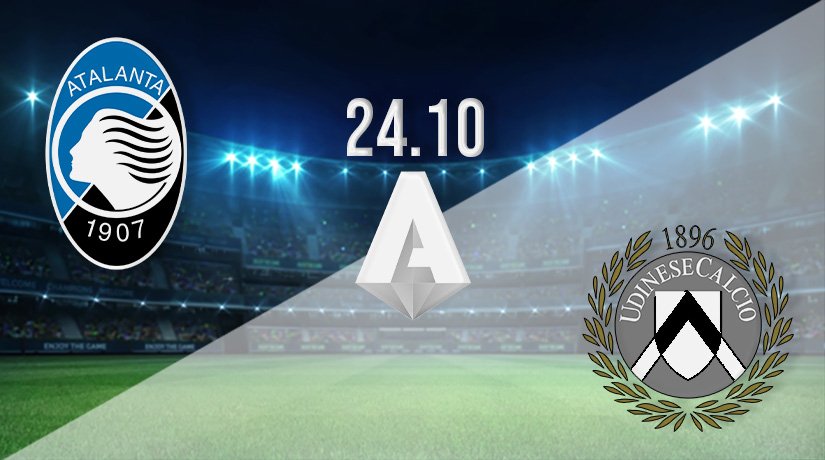 Two teams in the top half of the Serie A standings meet in the Italian top-flight on Sunday evening, as Atalanta will be looking to move into the top four. Udinese could also close the gap on the Europa League places with a victory on the road.

Atalanta remain one of the most exciting sides to watch in Serie A, but a Champions League finish will remain their target. They are primed to battle for that finish, as they come into this round of fixtures in sixth. Udinese are further down the standings, as they sit in tenth.

The hosts this weekend have been in strong form over recent weeks, as they have won three of their last five. However, there will be a slight concern that they haven’t been as consistent as many would have hoped, as they have picked up just one victory in their previous three.

It was a fine response from Atalanta after the international break, as they bounced back from defeat with a victory against Empoli. Josip Ilicic scored twice in the first half, before Duvan Zapata made sure of the victory in the 90th minute.

Udinese will be desperate for a win this weekend, as they have rapidly dropped down the standings in Italy. Coming into this game, they are without a win in their last five. They have been beaten on three occasions during that run, but have picked up draws in their last two.

Their most recent draw came against Bologna, as the two Italian sides played out a 1-1 draw. Roberto Pereyra was sent off before the break for Udinese in that fixture, but they managed to steal a point late in the game, as Beto scored with just eight minutes on the clock remaining.

Atalanta vs Udinese Head to Head

Atalanta have an excellent record against Udinese over recent seasons. They have won six of the previous seven matches against their rivals this weekend, which includes the 3-2 win that they picked up towards the end of last season. The only point that Udinese have taken in this fixture in the last seven came in a 1-1 draw in January 2021.

Udinese’s poor record in this fixture means that it is hard to support them this weekend. Atalanta should have the quality in the attacking third to pick up a second straight win in Serie A.

Make sure to bet on Atalanta vs Udinese with 22Bet!