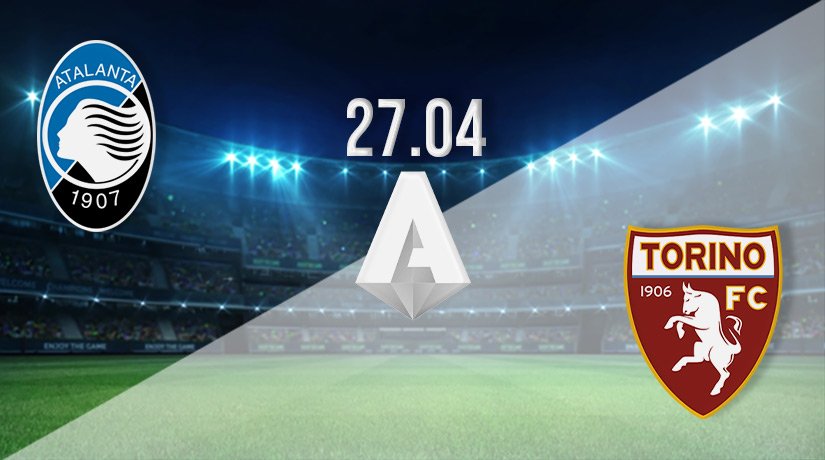 After returning to winning ways in the comfortable 3-1 triumph at Venezia, Atalanta will be looking to make it two consecutive wins when they host 11th-placed Torino, who are unbeaten in four Serie A matches, at the Atleti Azzurri d’Italia stadium on Wednesday at 19:15GMT.

Can Atalanta make it Two Wins in a Row?

Gian Piero Gasperini’s side ended their miserable three-match losing streak in Serie A on Saturday with a comfortable away performance at Venezia resulting in a 3-1 win.

Atalanta will be looking to press home their advantage and make it two wins in a row when they face the in-form Torino on Wednesday.

With five matches remaining in the season, and with Gasperini’s side marooned in 8th on the table, they will be motivated to finish as high as possible on the table to ensure that they can qualify for Europa League next season.

The match against Torino will be crucial in advancing Atalanta’s chance of leapfrogging Fiorentina (6th) and Lazio (7th) who are just two points ahead of Gasperini’s men.

Can Torino Extend their Unbeaten Run to Five Matches in Serie A?

After two consecutive draws in Serie A against Milan (0-0) and Lazio (1-1), Torino triumphed 2-1 over Spezia on Saturday to close the gap to 10th-placed Sassuolo, as the Turin side seeks to move into the top half of the table.

Ivan Jurić’s side will approach their clash with Atalanta with optimism as they look to extend their good form in the league, which has seen them navigate four matches unbeaten (two wins and two draws).

This confidence will be crucial as they face an Atalanta side that is just coming off a bad run of three consecutive defeats in Serie A, which has all but extinguished their chances of qualifying in the top-four.

Gasperini’s men have won just two matches in their last five outings. They have also lost three consecutive matches in the league during this run.

Atalanta have collected six points and dropped nine in the process, which has hampered their chances of challenging for the top four.

This run of form has seen them fall down the table to 8th, nine points behind fourth-placed Juventus.

Torino have been in good form in recent matches in Serie A. They are unbeaten in the last four matches. They have won twice, drawn twice, and lost once in their last five Serie A outings.

Ivan Jurić’s side have collected eight points and dropped seven during this run. This run of form has seen the Turin side climb the table to 11th with 43 points and three points behind 10th-placed Sassuolo.

Gasperini will be without striker Josip Ilicic; the 34-year-old is side-lined with depression. Centre-back Rafael Toloi and Right-back Joakim Mehleare also missing from football action with muscular problems and appendectomy respectively.

Left-winger Bryan Cabezas is also a doubt for the clash with Torino on Wednesday; the 25-year-old is recovering from a ruptured cruciate ligament suffered on November 1st, 2021.

Ivan Jurić will be without centre-forward Simone Zaza, with the 30-year-old nursing knee problems.

Ivan Jurić will also miss the services of centre-back Armando Izzo (hamstring injury) and left midfielder Mohamed Fares (injury to the cruciate ligament) in the away match at Atalanta on Wednesday.

The forward has been a talisman for Atalanta this season. His playmaker role and goal-scoring will be required in the clash against Atalanta which start forward Zapata is likely to miss.

In the absence of Belotti, Sanabria has to step up and lead the line for Torino. The striker will be crucial in the clash with Atalanta on Wednesday.

Atalanta will start the match with a high tempo and energy. They will press across the pitch and seek to control possession. Torino will slowly grow into the match to frustrate Atalanta.

Atalanta are favoured to win the match and take all three points.