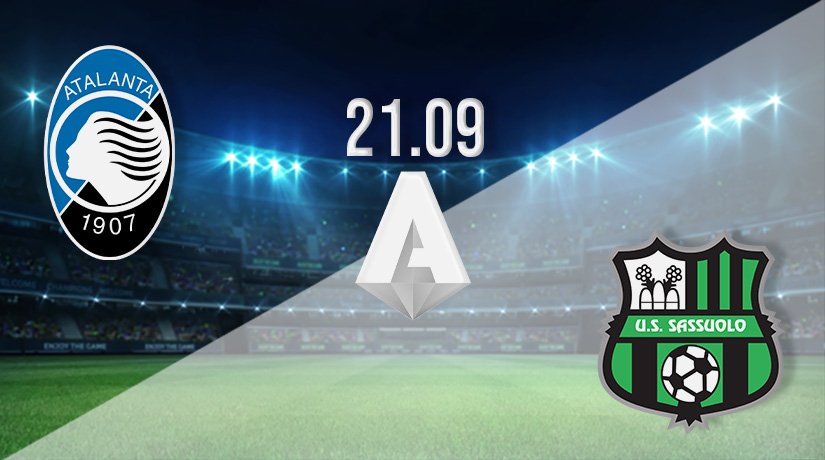 Atalanta will have their sights set on finishing in the Champions League places once again this season, but they will need to find some momentum, as they have struggled to put together a run of wins at the start of the Serie A campaign. They take on Sassuolo on Tuesday evening.

It has been a fairly decent start to the new Serie A season for Atalanta, as they have won two of the four games that they have played. However, if they have aspirations of finishing in the top four this season, then they will likely need to get on a winning run, since the race for Champions League football this term is likely to be a very competitive one. Atalanta’s second win of the new season came this past weekend, as they claimed maximum points against the struggling Salerntana. The newly promoted side managed just one shot on target with their 41% of the possession, but they did make Atalanta work extremely hard to get maximum points from the fixture. They scored with just 15 minutes to go, with one of their three shots on target. Duvan Zapata was the match-winner for the visitors.

Sassuolo are just three points behind Atalanta after four games of the new Serie A season. The Italian side have picked up five points, but have been in slightly disappointing form since winning on the opening day of the new campaign. Since that victory, they have picked up just one point from nine, and have been beaten in their last two fixtures. The most recent of their defeats came on Friday evening, as Torino claimed a 1-0 success on the road. Sassuolo weren’t able to make home advantage count on that evening, as they managed just a couple of shots on target.

Atalanta vs Sassuolo Head to Head

Sassuolo have picked up just two victories in 19 meetings against Atalanta. However, they are without a win against Atalanta in Serie A in 13 league meetings. Atalanta won this fixture 5-1 last season, before the points were shared with a 1-1 draw in May.

Sassuolo have been in poor form over recent outings, while Atalanta are doing just enough to get wins in the games that they are playing. The hosts should get a second straight win in the league on Tuesday.