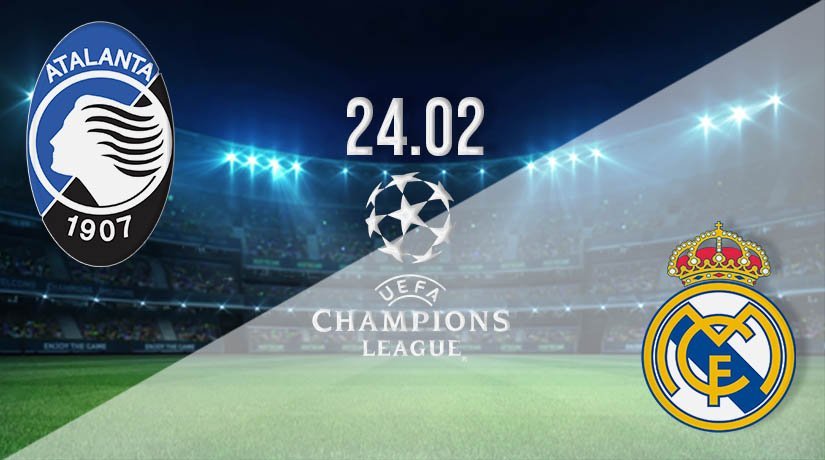 Football fans have an exciting doubleheader to look forward to from the Champions League on Wednesday and the Round of 16 matches continue. There’s plenty for armchair fans to enjoy with both games scheduled to be shown live on television. On this page, our team of football writers cover the game between Italy and Spain as Atalanta host Real Madrid.

It is rather surprising to learn Atalanta of the Serie A have never faced Real Madrid of La Liga in competitive action. The visitors have been a force in European football for decades, but the home team are currently enjoying a sharp rise through the rankings and that may explain it. As well as a Champions League first leg this game doubles as a chance for both teams to make history with a win.

Atalanta have lacked their usual levels of consistency in recent games, but they remain in the top-four of Serie A and on course to qualify for next season’s Champions League. The home team are fourth in their league but already sit 10 points off the pace set by Inter Milan, so challenging for the title now looks beyond them. Fighting off competition from the likes of Lazio, Juventus and Napoli for a European finish is now their goal.

The home team will also have grand plans for entering the latter stages of this year’s Champions League after handling themselves well during the groups. They enter with confidence after winning three of their last five league games and taking six points from their two most recent Serie A outings. They’ll be eager to continue their winning ways and take an aggregate lead to Spain.

Madrid on a four-game winning run

Real Madrid won the La Liga title in the last few games back in the summer, striking late to deny favourites and old rivals Barcelona. They toiled in the early exchanges of their defence but four wins on the bounce has catapulted Blancos back into contention and they are now second in the table, three points off the pace set by derby rivals Atletico Madrid. Followers are sure to enjoy a grandstand finish in Spain.

The visitors make this trip on the back of four wins in their last four league games as confidence surges back into the squad. Fans will be desperate to see them continue their winning ways in this competition, knowing a first-leg win in Italy would see them put one foot in the next round. Madrid beat Real Valladolid 1-0 on Saturday away from home.

This is sure to be a tense and nervy affair with both teams knowing exactly what is at stake. If Real Madrid can start well and score the first goal of the game, they can ramp up the pressure on their hosts. Atalanta know the size of the job ahead of them so will set-up to keep things tight at the back and make their chances pay.

Make sure to bet on Atalanta vs Real Madrid with 22Bet!