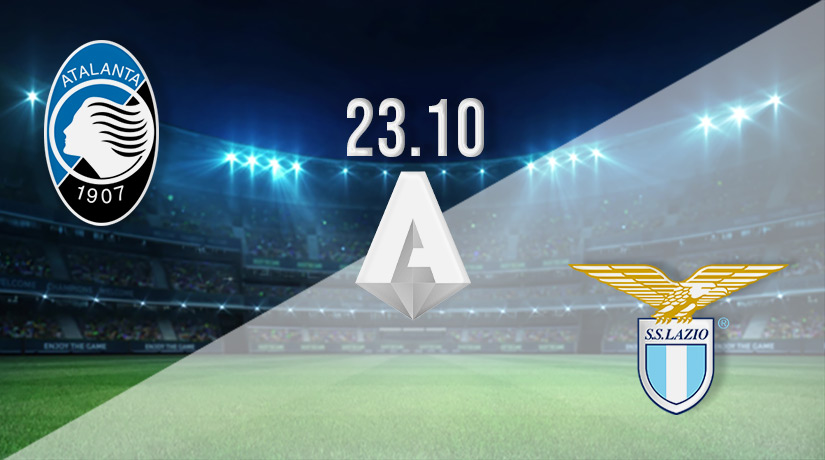 Second-placed Atalanta, who are unbeaten in Serie A this term after 10 rounds of fixtures, will host 5th-placed Lazio at the Gewiss Stadium on Sunday at 17:00 GMT.

With the two sides separated by three points on the Serie A log, this match will be closely contested as both sides seek to bolster their flying start to the season and lay down a marker for the rest of the season.

Can Atalanta Extend their Serie A Unbeaten Run to 11 Matches?

With their unbeaten start to the season, Gian Piero Gasperini’s charges have kept touch with the high-flying Napoli at the top of Serie A. The Bergamo side are currently just two points off the top, while also being one point clear of third-placed Milan.

Atalanta will look to press home their advantage when they clash with Lazio on Sunday, as they seek to keep touch with Napoli at the top.

Gasperini’s charges will focus on a high-intensity and dynamic performance characterized by possession domination and pressing, to stand a chance of taking something from the match.

Can Lazio Jump into the Top Four with a Win?

Maurizio Sarri’s exciting Lazio will be looking to maintain their impressive start to the season when they travel to Bergamo to face Atalanta.

Sarri’s focus in this clash will be intensity, especially the tempo set in midfield. He will look for his side to press from the front foot, dominating possession, and enjoy the territory in midfield and wide areas.

Possession turnover will present the best opportunity for Lazio to punish Atalanta through quick vertical attacks. Counter-pressing will also be central to Lazio’s approach to making life difficult for their hosts.

Out of their ten opening outings in Serie A, Atalanta have won seven and drawn three. The unbeaten side have scored 16 times in the league while conceding a paltry six goals in the process.

This illustrates their attacking prowess as well as their steely defense, which have nee central to their good start to the season.

This run of form has seen them amass 24 points out of the available 30 in Serie A thus far this term.

In their last five outings in the league, Gasperini’s charges have won three times and drawn twice. This unbeaten run has seen them collect 11 points and drop four in the process.

Maurizio Sarri’s charges have opened their Serie A season with six wins, three draws, and a solitary defeat. In this run, they have collected 21 points and they currently sit 5th on the Serie A log.

In this run, Lazio have scored 21 goals and conceded only 5. This makes them the meanest defense in Serie A with just 5 concessions. The 21 goals also make Lazio the second most prolific side in Serie, just four goals behind the 25 scored by Napoli at the top.

In their last five outings, Lazio have maintained an unbeaten run with four wins and a draw.

Lookman has four goals and an assist in 10 appearances for Atalanta this term. For Atalanta, the goals from different sources, with nine scorers so far this term; however, Lookman has been central to Gasperini’s approach to the season so far.

The Nigerian international, 24-year-old, has been integral in kneading together performances for Atalanta through his all-action performances. He will be important as Atalanta look to maintain their unbeaten run.

The 27-year-old Serbian international has been the talisman for Maurizio Sarri’s men this season. His importance to the team is highlighted by his 4 goals and seven assists in 14 appearances. This gives him 11 goal involvements from midfield.

The Serb is also crucial to Sarri’s high-pressing and front-foot system of play. He sets the tempo with his pressing, passing, and recycling of possession. He is also important in maintaining the verticality of Lazio’s play.

Atalanta will seek to play on the front foot with aggressive pressing and a possession-based approach. They will fall back into a compact formation out of possession.

Lazio will look to dominate possession and build their play through quick vertical one-touch passes through midfield to open up the opponents and create chances.

Given the form and quality of these sides, a draw is the likely result.