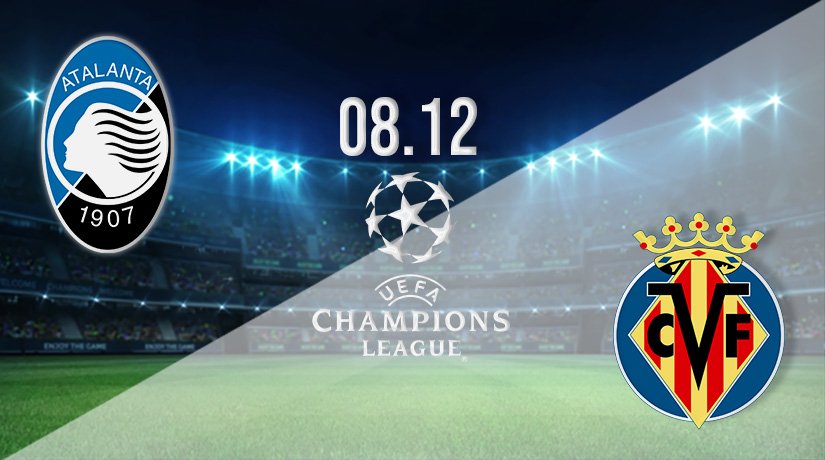 Football fans will be treated to an early Christmas present on Wednesday when we enjoy the final round of matches from the Champions League groups. There’s still all to play for in many of the pools as sides battle for a place in the knockout stages or to save the consolation of dropping into the Europa League with a third-place finish.

The focus of this article is on Italy, where Serie A side Atalanta prepare to welcome Spanish La Liga representatives Villarreal in a thrilling 90 minutes that will be shown live on TV.

Manchester United are unbeaten in their last four Group F matches, which has moved them into pole position and ensure they’ll be involved in knockout Champions League football in 2022.

The race is now on to decide which side will join the Red Devils in the next stage. United will play bottom club Young Boys and should get at least the point needed to secure the top spot. The winner of Atalanta and Villarreal will finish second.

This is a straight shootout for qualification to the next stage and with both teams knowing they have their fate in their own hands and both confident they have what it takes to win this match, we should be in for a cracker.

These sides met earlier in the campaign in Spain when playing out a 2-2 draw. Neutrals hope for more of the same here with plenty of goals scored, but the manager of each team would be delighted with a boring win.

Atalanta are winless in three

Atalanta will kick off this match, sitting third in the group, but all is not lost. They are just one point behind Villarreal in second place, meaning a win of any description would be enough to see them leapfrog the Spaniard’s into the silver medal position.

Doing that won’t be easy, and Atalanta hasn’t performed anywhere near the levels that were expected of them so far in this competition, but they are in charge of their destiny. How far they go in this competition is, at this time, in their hands ahead of this match. They are the locals, backed by supporters and know a win is needed.

They set up for this game without a win in their last three games, taking just two points from the nine that were available to them. That run includes back to back draws in their last two games, and Atalanta were last seen at this level when fighting out a stunning 3-3 draw away to Young Boys.

That’s a match they were expected to win and one they had the chance to get three points from, but, in the end, Young Boys were fully deserving of a point that kept alive their hopes of clambering into the Europa League places. Half of the six goals scored in that contest came in the final 10 minutes.

Since that high scoring draw with Young Boys, we’ve seen Atalanta score a stunning away win over Juventus in Serie A and an impressive 4-0 home victory when hosting Venezia in their final game of November. This month, Atalanta have played only once, beating Napoli 3-2 away from home on Saturday.

The winning team fought back from 2-1 down in that game to nick the points with a late winner from the star of the show Frueler who has been influential for the club this term.

Villarreal have been unconvincing

Villarreal begin this match second in the pool with the chance of catching current leaders Manchester United, but there’s also the danger of dropping down into third place and exiting the Champions League at the earliest opportunity.

The visitors are involved in this season’s Champions League as a result of beating Manchester United to win the Europa League last season but there’s a danger they could prove to be out of their depth and remind us again of the gulf in class that exists between the two of UEFA’s competitions.

Villarreal haven’t exactly set the heather alight this season, winning just two of their previous five in the Champions League, losing two and drawing the other. They have scored nine goals and conceded seven but the Spaniards were beaten last time out, meaning they are now 90 minutes from going through or 90 minutes away from going out.

Following back to back wins that thrust them into contention, Villarreal were beaten 2-0 at home by Man Utd in what was a rare positive result for the English side of late.

Since that loss, the visitors have been beaten 3-1 at home by a fragile looking Barcelona side who look in real danger of missing out on the top three in La Liga before battering the minnows of Victoria CF 8-0 in the Copa del Rey.

This month, Villarreal have played only one match and it was a defeat suffered away to Sevilla. Ocampos scored the only goal of the game when finding the net inside the opening 20 minutes and ended as worthy winners.

Atalanta face a make or break game here. They have drawn their last two Champions League matches but know another share of the points would see them exit the competition.

They have failed to win any of their last three games but know only a victory will do here. They are drinking in the last chance saloon but they are the home team and do have the quality to get a result.

This will be a nervy match for the Villarreal players and fans. They can’t afford to lose the game but would sneak through with a draw. There is the attraction to play for a share of the points but that brings its own risks.

Sitting back and allowing Atalanta to come at them could see the Italians rack up a comfortable three points.

The pre-match betting available on this contest allows 22bet members an opportunity to back Atalanta to win at odds of 1.705 or Villarreal at 4.44. The draw is 4.12.

Make sure to bet on Atalanta v Villarreal with 22Bet!