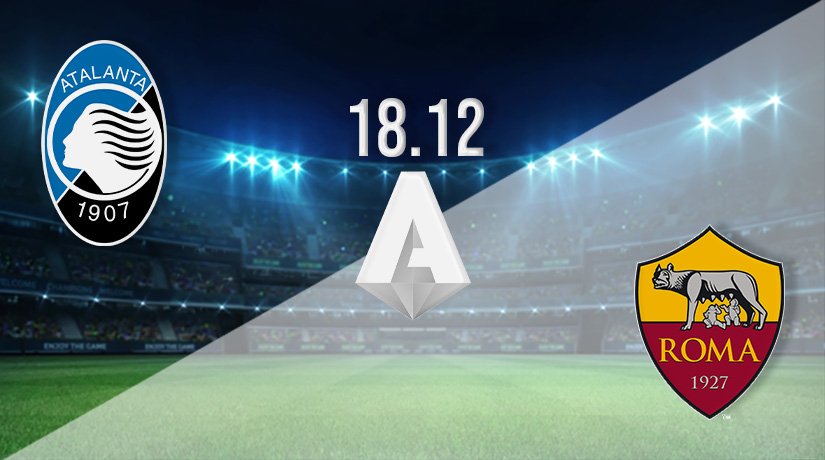 It’s another jam-packed weekend of action from the top tier of Italian football, with games scheduled for Friday, Saturday and Sunday. Many of these matches will be shown live on television to a global audience, including the fixture that caught our eye and is the focus of our latest in-depth preview from our football content team. Atalanta play host to Roma for a game scheduled to kickoff at 14:00 GMT on Saturday. With both sides believing they are good enough to get the win, this one should catch light early.

Atalanta and Roma are both in the running for a top-four finish this season and a spot in next term’s Champions League. There’s plenty of football still to be played, and nothing has been decided yet, but a strong finish to the year could drive either side into contention for the major places. Atalanta holds the home advantage and is within touching distance of leaders Inter Milan. Fans have allowed themselves the opportunity to dream of winning the league.

When these sides last met at Gewiss Stadium almost exactly a year ago, it was the home fans that were cheering, celebrating a comfortable and impressive 4-1 win for their side. Roma took the lead inside three minutes that day, but Atalanta fired back before pulling clear with a second-half rout. Armchair fans and neutrals hope for more of the same here, and the stats show us ten goals have been scored in the last three renewals of this fixture.

Atalanta enter this match as the form team in Italy at the moment and if they are able to maintain the form we have seen from them already this winter, there’s no doubt they will win the Serie A title. That remains the stuff of dreams for everyone connected to the club and they’ll be focussed on taking it one game at a time but there can be no denying the players are performing better than even the most avid fan would have expected. They enter this match full of confidence and will believe the game comes at the right time for them.

The home team entered the week sitting third in the ladder with stats for this season showing 11 wins and four draws against two defeats, scoring 37 goals and conceding 20. Those numbers are impressive, so let’s take a closer look. Atalanta have scored more goals than AC Milan in second place and their efforts in the last five games is matched only by current leaders Inter Milan. Can they break up the Milan dominance and force their way to the front of the pack. The right result here could help them achieve that.

We last saw Atalanta in action when winning 2-1 on the road against Hellas Verona last Sunday. That was a hard-fought three points but it’s narrow wins like that, where the team needs to dig deep to get the three points that could prove vital at the end of the season. Verona took a shock lead in that game when Simeone scored inside 22 minutes but Al Miranchuk got Atalanta level before Koopmeiners won it for his employers. That was their second win of the month with both coming by a one-goal margin.

Roma arrive at a crossroads

It’s not even Christmas so it may be  a little early to talk about important matches but Roma’s inconsistency means the outcome of results this month could decide where they finish this season or at least what they aim for in the early part of 2022. Roma travel for this match with their stats showing nine wins against one draw and seven defeats, scoring 26 goals and conceding 19. The number of defeats doesn’t make for great reading and Roma have more losses against their name than Udinese who are stuck down in 15th. They’ve also scored fewer goals than Sassuolo who are currently in midtable.

Roma’s last five league results show three wins and two defeats with those losses coming back to back before the side made a welcome return to winning ways last time. They have 28 points on the board which means Roma are already eight points off Napoli and a place in the top four and they are just four points better off than Bologna who are in 10th. Consistency is key going forward and the team will be eager to give themselves a solid foundation before strengthening the player pool in January.

Roima were in winning form last time out when beating Spezia 2-0 at home. With that victory coming on the back of two defeats on the bounce it was a crucial three points and would have gone some way to helping to settle any nerves in the squad. Goals from Smalling and da Silva won the day but Roma were reduced to 10 men near the end when Afena-Gyan received a second booking.

This is a meeting of two teams that appear to be heading in different directions. Atalanta enjoying a stunning winning run that has thrown them into the mix for a crack at the time. The locals are winning games, scoring goals and entertaining fans. The only thing the coaching staff will be worried about is their defensive record with the side conceding too many goals for a team serious about challenging.

Roma’s win last time out was a crucial one and if they can stop the run of Atalanta by getting even a point from this road trip it could set them on a path towards the top four. Roma are certainly capable of that but they will have to be at their best to have any chance of bursting the Atalanta bubble.

The pre-match betting odds available to 22bet members has Atalanta priced as 1.705 favourites with Roma trading at 4.28 for the away win and a draw is yours at 4.28. You can also bet on the first goalscorer, total goals, both teams to score and many more specials.

Make sure to bet on Atalanta v Roma with 22Bet!