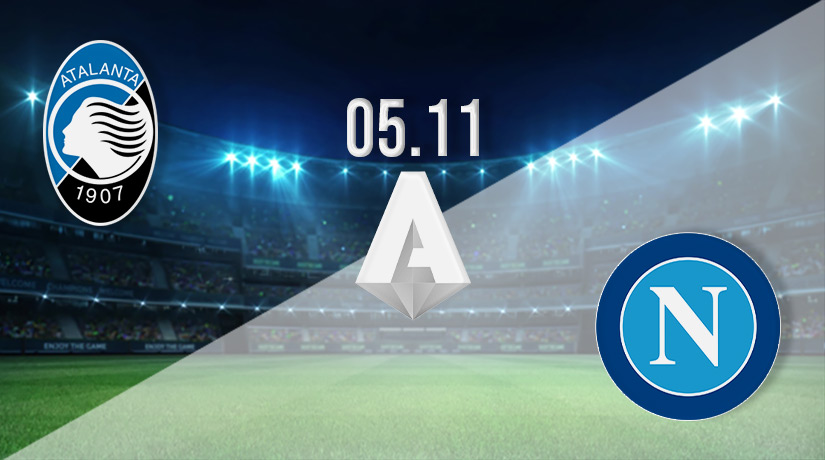 We return to domestic action after a midweek spent enjoying the best European football has to offer in the UEFA Champions League, Europa League and Europa Conference League. The top European leagues are in action as they continue to race through games before breaking later this month for the World Cup in Qatar. The schedule is jam-packed with many eye-catching fixtures scheduled to be shown live on television. The match we focus on comes from the top tier of Italian football, where two contenders collide in Atalanta and Napoli.

There is still plenty of football to be played in Italy, but here we have a home team that is hopeful of winning the points on offer here to drive themselves back into contention for the league title. Napoli is the current league leader and sits pretty after a dozen matches. The team from Naples have been in great form in Serie A and the Champions League, topping the division and the group. They will be playing Champions League knockout football in the new year, and that’s something for fans to look forward to. But the players must concentrate on the here and now, aiming for the three points available on Saturday.

The recent form attached to this fixture shows these teams met twice last season and produced a pair of high-scoring matches. The first game was a five-goal thriller which Atalanta won 3-2 last December. The second match produced another four goals when Napoli won 3-1 at this venue in April this year. Sticking with the stats, both teams have scored at least once in each of their last four meetings and five of their last six. Armchair fans hope this renewal provides us with more goals and plenty of talking points.

Atalanta has established themselves as a top-four side in Serie A, and in most seasons, they can be found challenging for the prize places and mixing it in the Champions League. They haven’t been strong enough to challenge in recent seasons, but could things change this year? If Atalanta wins this match at home on Saturday, they will catapult themselves into the running, forcing critics to take their chances of challenging the title seriously. A win over Napoli would be their biggest of the season and would change the look of Serie A.

They prepare for what will be game 13 of their season with stats of eight wins and three draws against one defeat with 18 goals scored and eight conceded. Taking a closer look at those numbers, we note Atalanta has one of the best defensive records in the league, and they have conceded one goal fewer than their opponents. They have been strong in defence but have lacked a cutting edge at the opposite end of the field, scoring just 18 goals. When measuring that effort against teams around them in the table, Napoli has 30 goals, with third-placed AC Milan hitting 25. They must be more ruthless going forward.

The home team were last seen in league action last Sunday when beating Empoli 2-0 away from home. That was a valuable win and an impressive one, as the stars had to roll up their sleeves and find the patience needed to keep it tight and take their chances in attack. Goals from Hateboer and Lookman were enough to see Atalanta leave with the spoils. Their recent league form now shows three wins, one draw and a defeat. Three points from this home match would move them to within two points of the leaders.

Napoli unbeaten in a dozen

Napoli travel for this match sitting on top of Serie A with an unbeaten record in their opening dozen games. The league leaders carry form of 10 wins against two draws with 30 goals scored and nine conceded. They don’t have the tightest defence, but it’s certainly up there with the best. A watertight defence isn’t required when they are scoring goals for fun, with the pace setters also setting the standard for goals. This team is oozing class and confidence at the minute, and they have been as impressive in the Champions League as they were in Italy. They beat Liverpool easily in Italy on matchday one and haven’t looked back since.

It has already been a challenging week for Napoli as they travelled to Anfield in the Champions League on Tuesday. Both teams are now through to the next stage, and this allows Napoli to focus their efforts on winning the league. There is still a lot of football to be played, but things are going well at present, and if they can maintain their form, they will go close to winning Serie A and the Champions League. Napoli certainly ranks as one of the most exciting teams in these competitions. Despite their form, no one inside the Napoli camp will be celebrating anytime soon.

Napoli was last seen in league action beating Sassuolo a week ago at home thanks to a convincing 4-0 scoreline. Osimhen scored a hattrick that day, and he hit the ground running, getting the game’s first goal inside the opening four minutes of play. It was 3-0 by half-time, and the match was over as a lively contest. The beaten team had Lauriente sent off on 84 minutes for a second bookable offence, which just heaped on the misery. There’s no doubt Napoli will face a tougher test this weekend at the home of their closest rivals.

The stats tell us to expect a high-scoring match, and we hope this lives up to the billing. Both teams are capable of finding the net going forward and are experienced enough to know they must take their chances. With Atalanta and Napoli both confident they have what it takes to win, this should be a thriller from start to finish.

The pre-match betting odds have Atalanta priced at 3.4 for victory with Napoli 2.04 and the draw 3.72.

Make sure to bet on Atalanta v Napoli with 22Bet!