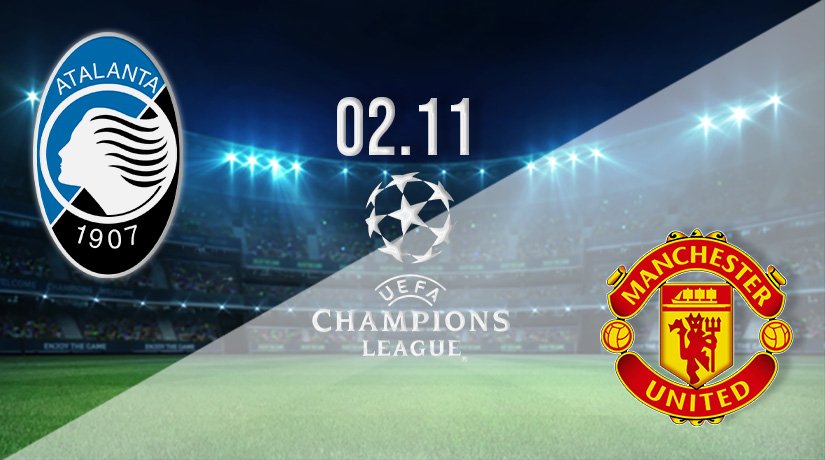 We’re into the second half of this season’s UEFA Champions League group games and an exciting round awaits football fans with teams battling for points and position. One of the standout fixtures of the week comes from Italy, where Serie A side Atalanta renew rivalries with Premier League team Man Utd. These sides have met only once before in competitive action, but it was a stunning game that produced five goals. Neutrals want more of the same.

These Group F rivals remain in the hunt for a place in the knockout stages of the competition, with Man Utd currently in pole position of Group F following back to back wins. The Red Devils may set the pace, but Atalanta remains within touching distance and know a home win would see them clamber above their opponents. Three points are the prize here as always but wins become more important as we race towards the latter stages. Will Man Utd avoid defeat and remain in the top two, or will Atalanta get the victory in front of their fans and blow the pool wide open?

Atalanta and Manchester United had never met in competitive action until last month when clashing at Old Trafford in week four. United came out on top that day thanks to a 3-2 win earned courtesy of a late winner from Cristiano Ronaldo. Atalanta held a 2-0 lead in that game before United rallied to score a stunning victory.

A mixed bag of results for Atalanta

Atalanta enter game four of their Champions League campaign placed third in Group F with four points on the board. They have suffered a mixed bag of results so far, with their form showing an even spread of one win, one draw and a defeat. Atalanta has scored five goals but conceded the same number, which shows a shaky defence has hampered their progress, but it is worth remembering three of those goals were scored by Manchester United in England last time out. Home fans will want to see the same flair in attack as round three but with a much sturdier showing in defence.

They may have lost that game in Manchester, but the Atalanta coaching staff and players can take heart from their performance when racing into a 2-0 lead. The locals will be confident they have the measure of their opponents and will expect to create plenty more chances at home and score a few more goals. If they can get into an early lead and keep possession of the ball in midfield, the Italians will be roared on by a capacity crowd and will make themselves favourites to win the game.

Atalanta warmed up for this game with a draw at home to Lazio on Saturday in Serie A, fighting out a 2-2 finish. That was another game where they caught the eye in attack but showed the same problems in defence. They scored two goals in added on time, one at the end of the first half and one deep into stoppage time at the end of the match. The equaliser was scored on 94 minutes by de Roon to save a point from a game they looked destined to lose. The team showed great character and fighting spirit but know they must improve.

Manchester United have suffered their share of problems in the early exchanges of the Premier League season and got off to a losing start in the Champions League. Ole Gunnar Solskjaer’s team are where they want to be in the group after three games, taking six points from the first nine available to them. United suffered an unexpected defeat against Young Boys on week one despite taking the lead in that game. They lost a man then two goals as Young Boys battled back to cause a huge upset. Ole was blamed by many fans for trying to defend a point in that game.

The Red Devils responded to score back to back wins and know a third would put them within touching distance of the next round. They got their first win of the campaign with a hard-fought 2-1 against Villarreal at Old Trafford on matchday two before that stunning 3-2 victory over Atalanta last time, a win inspired by Ronaldo who took the game by the scruff of the neck, showing he still has the desire and ability to win games on his own. Fans will want to see more of the same from CR7 in this away match.

Man Utd were last seen in action on Saturday in London when thumping Tottenham in the Premier League. That was a match many pundits thought they’d lose after going down 5-0 against Liverpool the week before but Ole got the reaction he wanted from his players. Goals from Ronaldo, Cavani and Rashford capped a perfect performance and one that threw the victors back into the title picture. That win over Spurs showed exactly what United are capable of on their day.

Atalanta know they must make home advantage count and get at least a point from this game if they are to stand any chance of finishing in the top two and progressing from the group. Scoring twice at Old Trafford showed they are capable of putting United on the backfoot and will want to get the opening goal of this match. Atalanta have the players to score goals but to see off Ronaldo and co they must be stronger at the back.

Man Utd beat Atalanta last time and there’s no reason why they can’t do it again. In Ronaldo, they have a player who is always dangerous, in attack and at any time during the game. He will be an important player for the visitors with everything expected to come through him in the opponent’s half.

Atalanta are priced at odds of 2.695 to win this game with 22bet offering 2.4 on Manchester United winning on the road. The draw can be backed at 3.78.

Make sure to bet on Atalanta v Man Utd with 22Bet!