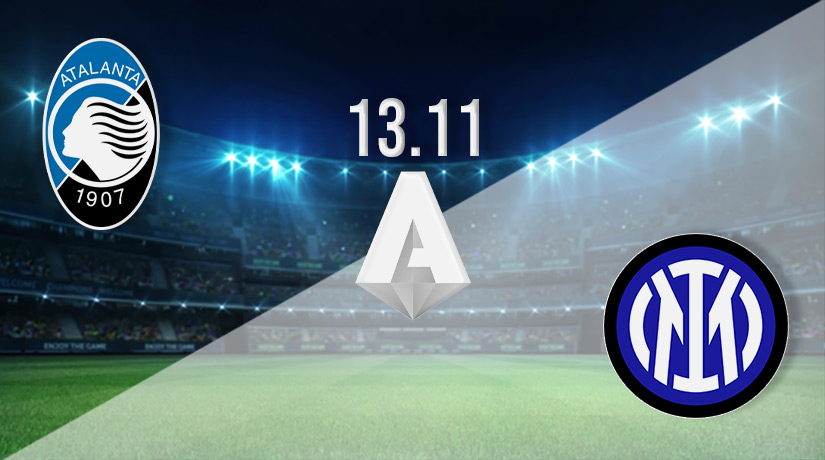 Another round of fixtures from the Italian Serie A, and there’s plenty for armchair fans to get excited about, with some eye-catching matches on the schedule. Our team of football writers previews the game between Atalanta and Inter Milan, two sides hoping to challenge for the Serie A title this year. Two sides who, on paper, look to have a decent chance of realizing that dream and giving their fans something special to cheer this season. There are more than three points at stake here, with both clubs entering this match knowing what a win would do for their chances.

Napoli has already pulled clear of the chasing pack in Serie A, continuing their stunning form in the Champions League with some magnificent stats in their domestic competition. That strong start puts pressure on the rest, with the likes of Atalanta and Inter Milan desperately trying to make ground and close the distance between themselves and Napoli. Atalanta entered the week sitting fourth in the table despite a poor recent run of form. Then we have Inter Milan, who sit in seventh place following a dreadful opening two months into the campaign.

The stats tell us to expect a competitive 90 minutes after each of the last two matches involving these sides ended in a draw. Three of the last four have also been level, and there has been no more than one goal separating the rivals at the full-time whistle in six of the last seven. That suggests we are in for another action-packed match with plenty of talking points and just the right amount of controversy to keep things interesting. But which team will win? Read on for our big-match preview and predictions.

Atalanta is yet to find their feet

It has been a difficult opening few months to the season for the Atalanta squad and coaching staff, but frustrating for their fans. The club has shown glimpses of what it is capable of in their opening 13 games, and there’s no doubt they have the quality needed to lay down a decent challenge to the likes of Napoli, AC Milan, and Lazio this season. But consistency is a must to stand any chance of challenging for the title or even a top-four finish and return to the Champions League. They must begin to put together a run of wins.

Their stats at this stage show Atalanta has won eight, drawn three, and lost two games, scoring 19 goals but conceding 10. When peeling back those numbers, we notice that Atalanta scored fewer goals than Udinese in eighth place and conceded the same number as leader Napoli. A strong defence is a real positive and gives the team something solid to work off, but their problems at the other end of the pitch are what needs attention. Atalanta must start taking their chances and scoring goals. Simply improving their attack will see them turn more defeats into draws and draws into wins.

The home team’s last five games heading into the week showed they had just two wins against two defeats and a draw. They were in action last week when suffering a painful loss against Napoli at home. Atalanta fans knew that was a match their team had to win if they wanted to remain on the tail of the leaders heading into the World Cup break. It was a close match that could have gone either way, but Napoli got the win their form suggested they would, fighting back from a goal down to win 2-1 thanks to strikes from Osimhen and Elmas, the opening goal coming from Lookman from the penalty spot.

Things haven’t been going to plan for Inter Milan this season, and that’s obvious from their position in Serie A. Inter is one of the competition’s biggest and most famous names, used to challenging for the major places in this division, but that hasn’t been the case over the last few months. Inter prepare for this match sitting down in seventh place, 11 points off leaders Napoli. It’s still too early to panic, and no one connected to the away dressing room will want to make rash decisions while the players and coaching staff are already under pressure. But improvement is needed, and the players know they simply must respond.

You will find the away team with surprisingly disappointing stats of eight wins against five defeats, with 25 goals scored and 19 conceded. That tally for goals scored is equal to Lazio in third, but the problems can be found in defence. Inter Milan has already allowed 19 goals, and no team in the top 15 of Serie A has conceded more goals. They simply must stop giving away cheap goals and learn to protect their lead. Improvement is required from the goalkeeper and right across his defence, but will we see better from them in this match? Fans certainly hope so.

Inter Milan has won four of their last five games, with each of those victories coming during a winning run. After a strong spell of form, Inter suffered a return to losing ways last weekend when going down against Juventus on the road. The Old Lady hasn’t been showing great results themselves, but they had more than enough about them to get the win that day, and it’ll be interesting to see if Juve can challenge for the major places this season.

This is a meeting of two sides that are good enough to win the points here and go on to challenge for a top-four finish, but also two sides who haven’t been at their best for a while now. Inter Milan does hold the better recent form of the two after claiming four wins on the bounce before suffering a defeat at Juventus last weekend. A draw wouldn’t be the worst result for either side here.

Make sure to bet on Atalanta v Inter Milan with 22Bet!