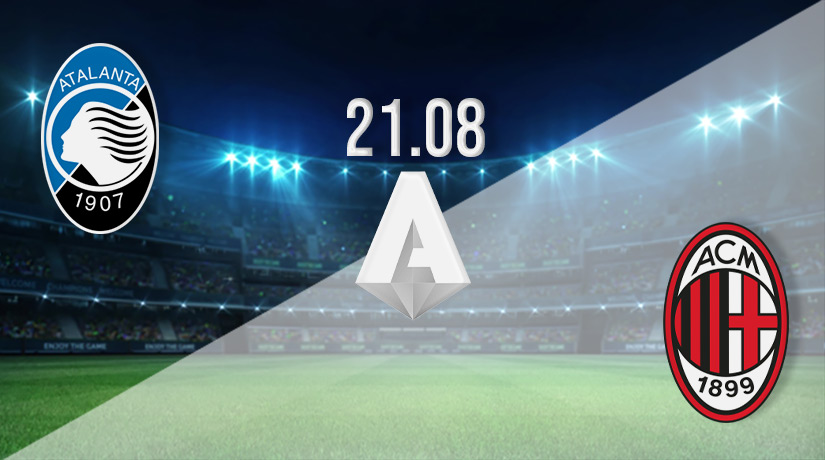 Lovers of European football are thrilled as the top leagues and competitions are back in action. Atalanta host AC Milan in an intriguing match played on Sunday, and you can watch this one live on television from 19:45 GMT. Here we have two ambitious teams with the talent to bag all three points from this fixture, but will we see Atalanta celebrating a home win or can AC Milan leave with the spoils?

Here we have a pair of high-ranking and respected clubs that are expected to be in and around the prize places this term. Both will view a top-four finish and place in next season’s UEFA Champions League as the least expected from this season. Still, AC Milan allows fans to dream a little bigger, hoping for another title challenge and a season filled with memorable moments. We’ll get a better idea of which team is better from this match.

These teams met twice last season in Serie A, and we saw AC Milan collect maximum points on both occasions, winning at home and on the road. They nicked the points in the first match thanks to a stunning 3-2 victory, but that win was more comfortable than the bare result would suggest as Milan raced into a 3-0 lead before their opponents struck back with two late goals. In the second match played in Milan, we enjoyed a 2-0 home win with both goals coming in the second 45.

Atalanta off to a strong start

Atalanta has become a Serie A side we are used to seeing campaigning at the top level, pushing for the prizes places both domestically and in the Champions League. A top-four finish is usually expected of them domestically. When they enjoy an outing on the continent, although they are never one of the favourites to challenge for the trophy, they are never too far down the pecking order. They are an improving side with the ability and momentum to enjoy another strong season.

Beating AC Milan on Sunday would greatly boost Atalanta’s chances and ensure critics begin to take their title challenge seriously. There is no good reason at present why Atalanta can’t go and challenge for the Serie A gong. They have the class and potential to do just that, and if they can nail down the kind of consistency needed, we expect to see them breathing down the necks of the top teams this season. We’ll get more of an idea of what to expect from Atalanta this season following this match.

Atalanta set the ball rolling with a win on matchday one, picking up all three points and settling into that top-four berth fans are targeting again this season. They started the season with a trip to Sampdoria last Saturday, where they won 2-0 thanks to goals from Toloi and Lookman, although the second was scored deep into injury time at the end of the match. It was tighter than the final score suggests, but there was no denying Atalanta deserved their winning start to the season, and there’s more to come from them.

Like their opponents, AC Milan got off to a dream start by collecting a win at the earliest opportunity and setting out their stall for the season ahead. They were one of the pre-season favourites to win the Serie A title again, with many respected pundits and their many fans worldwide hoping AC have what it takes to deliver the title. The league won’t be won and lost in this match, but we will see the visitors grow in confidence and match sharpness. If they are at their best, there’s no reason why AC Milan can’t go and score a few goals here.

Milan enjoyed a home advantage over Udinese last Saturday, and they had no trouble making it count, winning the points and turning on the style. AC was one of the most impressive teams in Italian football on matchday one, and that will not surprise anyone who watched them play last season. This is a squad packed with talent with experience in winning major trophies. That won’t be evident until later in the season, but the squad have already shown they are up to the challenge.

It was Udinese that took the lead in that match, silencing the home crowd with an opening goal scored inside two minutes, but a Hernandez penalty scored with 11 minutes on the clock brought the teams level before AC kicked on and took control of the fixture. Goals from Diaz and a Rebic double helped seal the win for AC Milan, and the players would have taken plenty of confidence from both the performance and the result. They will be even fitter and sharper for this match, and we’re excited to see just how good this AC Milan side is.

Atalanta is experienced enough to respect the size of the challenge ahead of them this weekend, but they enjoy the home advantage, and with both clubs still lacking match fitness, this game will be played on more of a level field than if it took place next month. Atalanta won last weekend and are good enough to make it two from two, but they will have to be at their best to beat AC Milan.

Most Serie A pundits and ex-players have picked the visitors to leave with the win from this match, and if they are firing on all cylinders, that’s what they are good enough to do. The opening goal of this match will be crucial, and if AC Milan score first, they have the experience needed to grind out a result.

The pre-match betting odds available to all registered members of 22bet offer victory for Atalanta at 2.765, or you can take a chance on the away win at 2.48. Can’t split the pair? A draw may catch your eye at 3.46.

Make sure to bet on Atalanta v AC Milan with 22Bet!