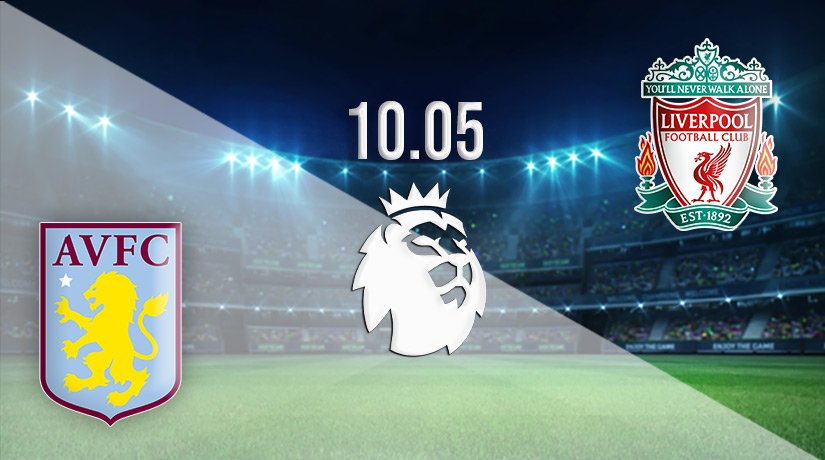 The race to win the Premier League title continues in midweek, as Liverpool look to bounce back from their draw last time out. They travel to Villa Park on Tuesday, knowing that they will need to win the fixture to move back level on points with Manchester City.

Last weekend could have been the significant one in the race to win the Premier League title this season. Liverpool dropped points, before Manchester City recorded a win in their fixture on Sunday to move clear. However, the race could yet still go down to the wire, as three points is the difference between the two rivals, with just four goals separating the sides.

Liverpool will need to win all three remaining fixtures this season to stand any chance of winning the league title. The Reds have won three of their previous five, while they have suffered fewer defeats than any other side in the Premier League this term.

However, last weekend could have been the one where the title was finally taken out of their hands, as they were held to a 1-1 draw at Anfield by Tottenham Hotspur. Spurs took the lead ten minutes into the second half, before Luis Diaz levelled the scores with 15 minutes remaining, The draw was Liverpool’s eighth stalemate of the campaign.

Aston Villa have four games remaining this season, as they look to end the campaign in a top half finish. The Villa have won each of their last two games in the Premier League, and are also unbeaten in their previous three in the English top-flight. Victory against Liverpool on Tuesday could see them end this round of fixtures in tenth place.

Villa put on an excellent display in their previous fixture, as they cruised to a 3-1 win on the road against Burnley. Danny Ings and Emi Buendia scored in the first half, before Ollie Watkins added a third goal in the second period. Villa were unfortunate not to have won the game by more goals, as Burnley’s survival hopes were handed a blow.

Villa picked up a famous win against Liverpool last season, as they won this fixture 7-2 at Villa Park. However, the Midlands side haven’t won back-to-back home games against the Reds since 1998. Liverpool have won seven of their previous eight fixtures away from home against Villa.

The pressure will be on Liverpool to get maximum points on Tuesday night. The Reds will need to win to keep their title hopes alive. We can see Liverpool picking up the victory on Tuesday, and it could be achieved with a 3-0 win at Villa Park.

Make sure to bet on Aston Villa vs Liverpool with 22Bet!