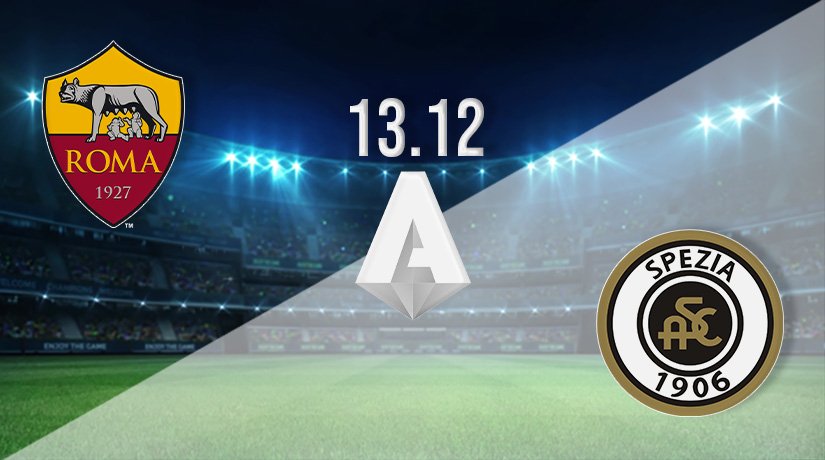 Roma will be looking to put a two-game losing run behind them this weekend when they welcome Spezia to the Stadio Olimpico. The visitors are also in poor form, as they are winless in their last four fixtures in Serie A.

Roma face a huge fight if they are to finish in a Champions League place this season. The Italian giants would have been hoping that the appointment of Jose Mourinho would have helped them close the gap on the top four, but it looks incredibly unlikely that they are going to make up the nine-point difference between themselves and Atalanta this season.

There have already been rumours that Mourinho could be ready to walk away from the club, as he has been linked with a job back in the Premier League with Everton. However, the focus this weekend must be on ending their two-game losing run, and recording a third win in five league fixtures.

Roma were beaten for the second game running last weekend, as Inter Milan ran out comfortable 3-0 winners at the Stadio Olimpico. Roma managed just a single shot on target in that defeat, and had just 33% of the possession despite being 3-0 down at the break.

Spezia haven’t fared much better over their last five fixtures in Serie A, as they are winless in their previous four. They have lost three times during that run of fixtures, which leaves them just two points clear of the drop zone. They are slightly fortunate to still be outside the bottom three, as all three teams below them have failed to win in their last five fixtures.

Spezia at least ended a three-game losing run last weekend, as they managed to get a draw against Sassuolo. However, they squandered a 2-0 lead in that game following goals from Rey Manaj and Emmanuel Gyasi.

AS Roma vs Spezia Head to Head

This is just the fifth time that these sides have come up against each other in all competitions in the past ten years. Spezia have failed to win in two league fixtures against Roma, with the hosts claiming a 4-3 win in this fixture last season.

AS Roma vs Spezia Prediction

Roma have certainly had troubles in recent weeks, but this would be an alarming defeat should they lose at the weekend. Therefore, the preference remains for Mourinho’s side, as they should just about get over the line to take the points.

Make sure to bet on AS Roma vs Spezia with 22Bet!