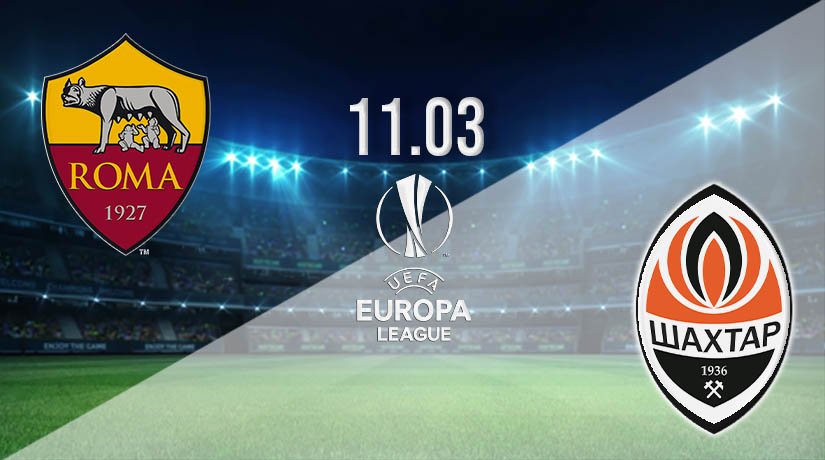 AS Roma vs Shakhtar Donetsk Prediction: Europa League Match on 11.03.2021

Two sides that will be looking to go deep in the Europa League this season will meet in the round of 16. The first leg between the sides could be crucial, but which side will take the advantage?

AS Roma will still be hoping that they can qualify for next season’s Champions League by finishing in the top four in Serie A. But, the Europa League does present them with a back-up option. The Italian side have been great in the competition so far, and will rightly be one of the sides that many of the other teams in the tournament will be looking to avoid. Roma didn’t need to get out of second gear in the previous round of the competition, as they eased passed Portuguese side Braga. The damage was done by the Italian side in the first leg, as they picked up a 2-0 win, with Edin Dzeko and Borja Mayoral scoring the goals. It was another comfortable evening back in Rome, as they cruised to a 3-1 win, with both the same scorers on the scoresheet once again.

While Roma may have been a side that many would have been looking to avoid, the same can also be said of Shakhtar Donetsk. The Ukrainian side have won this competition in the past, and looked assured in the previous round against Tel-Aviv. Donetsk kept clean sheets in both of the games that were played, as they won 2-0 away from home, before picking up a 1-0 win back in the home game. Alan Patrick and Tete scored the goals in the first leg, while Junior Moraes scored the winner in the second leg from the penalty spot.

AS Roma vs Shakhtar Donetsk Head To Head

Roma will be looking for a better performance than they have managed against Donetsk in recent years. The Italian side have only won two of the six fixtures between the sides, while Donetsk have won on four occasions. There has never been a draw between these two sides, which means that both fixtures should be entertaining.

AS Roma vs Shakhtar Donetsk Prediction

The fact that there hasn’t been a drawn between these sides in the past means that there will likely be a winner when they meet on Thursday. Donetsk have an excellent home record in Europe, and we can see them claiming a narrow advantage to take back to Rome.

Make sure to bet on AS Roma vs Shakhtar Donetsk with 22Bet!