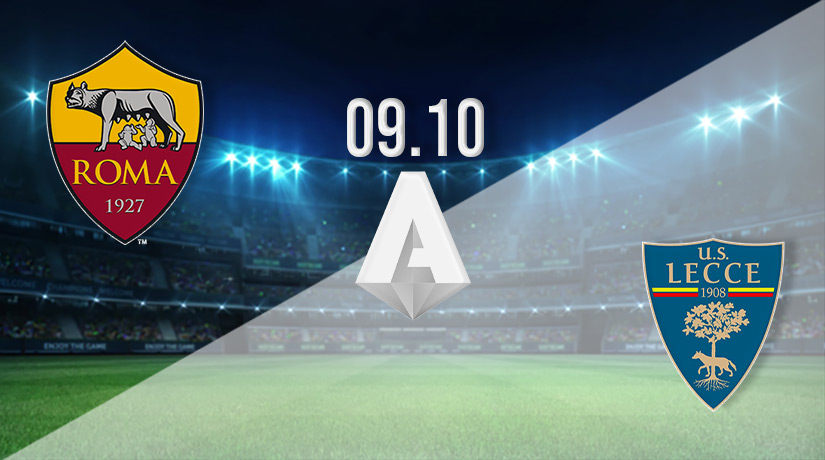 AS Roma will be looking for a second straight victory in Serie A this weekend, as they look to close the gap on the top four in the Italian standings. Meanwhile, Lecce will be hoping to move away from the relegation places with a second victory of the campaign.

The main aim for AS Roma this season will be to finish in a Champions League spot in Serie A. They certainly look to be in that fight at this stage of the season, as they have started the new campaign in good form. Roma has won five of their opening eight fixtures, and they have suffered just two defeat. However, they will be looking for a better attacking outlet, as they have found the net on just ten occasions this term.

The Italian side comes into this match in good form, as they have won two of their previous three games, and have lost just once during that run. Their latest success was a big win on the road against Inter Milan. Despite going 1-0 down in that game, Roma hit back excellently to win the game after goals from Paulo Dybala and Chris Smalling.

It hasn’t been the worst start to the season for Lecce, but they will likely be slightly concerned by the number of wins that they have recorded. To date, they have recorded just a single victory in their eight league matches, with the majority of their games ending in draws.

So far, Lecce has been held to four draws this season, which includes ties in two of their previous three fixtures. Their last match also ended in a draw, as they played out a 1-1 draw against Cremonese. Lecce’s goal in that draw was scored from the penalty spot by Gabriel Strefezza.

AS Roma vs Lecce Head to Head

AS Roma has a very strong record against Lecce, as they have picked up wins in eight of the previous nine league fixtures that they have played against their rivals this weekend. During that run, they have averaged 2.4 goals per game.

AS Roma vs Lecce Prediction

AS Roma’s excellent record in this fixture needs to be appreciated, and it makes them very hard to oppose this weekend. We expect Jose Mourinho’s side to take the points this weekend with a commanding 2-0 win.