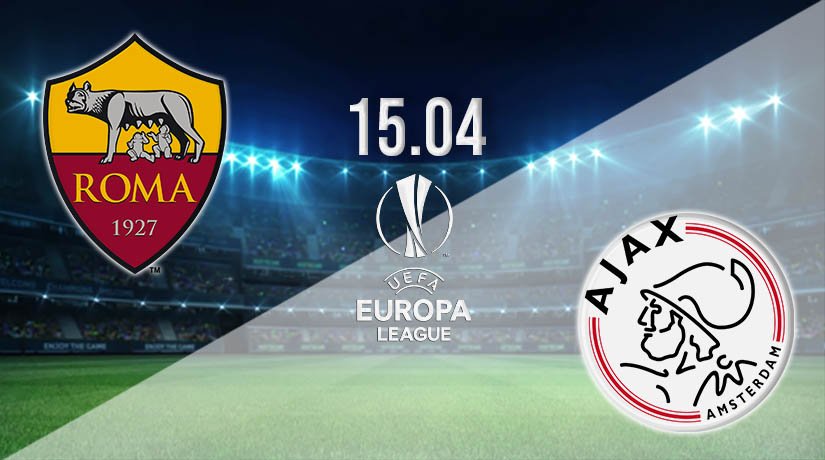 There will be a challenge in store for Ajax this week, as they must turnaround the defeat that they suffered last time out against AS Roma. The winners of this tie will clash with Manchester United or Granada in the semi-final stage of the competition.

It is advantage Roma coming into the second leg of the quarterfinal between the Italian giants and Ajax. AS Roma came from behind to claim the advantage in Amsterdam, as they fell behind in the first half after Davy Klaassen put the Dutch side ahead. However, Roma refused to allow that opener to throw them off their game, and dually dragged themselves level just before the hour mark, as Lorenzo Pellegrini scored the equaliser. Roma were able to get their noses in front before the end of the match, as Ibanez scored the match-winning goal with three minutes remaining. That late goal could have a huge bearing on the second leg, as the Italian giants now have something to defend in Rome.

Ajax would have been disappointed to come away from the opening leg without even a draw, as they dominated the possession and had the most shots on target. Ajax had 66% of the ball, and registered nine shots on the Roma goal. However, they will need to be more clinical when they create those chances in the second leg, as it will be a far more difficult challenge than the one that they faced last week. The Dutch side have won their last two games on the road in this competition, with their 2-0 win against Young Boys putting them through in the last round. That will give them confidence coming into this fixture.

AS Roma vs Ajax Head To Head

Ajax have only visited the Stadio Olimpico to face Roma on one previous occasion. That meeting came during the group stages in the 2002-03 Champions League. It was a positive result for Ajax on that occasion, as they recorded a 1-1 draw. However, they will need a win this time around to get through to the next round of the competition.

AS Roma vs Ajax Prediction

Despite Roma claiming a narrow advantage ahead of the second leg, this remains a tie that could still go either way. Ajax will need to score the first goal in the game on Thursday, but we expect them to fall just short. We could see Ajax getting a draw in Rome, but that won’t be good enough.

Make sure to bet on AS Roma vs Ajax with 22Bet!