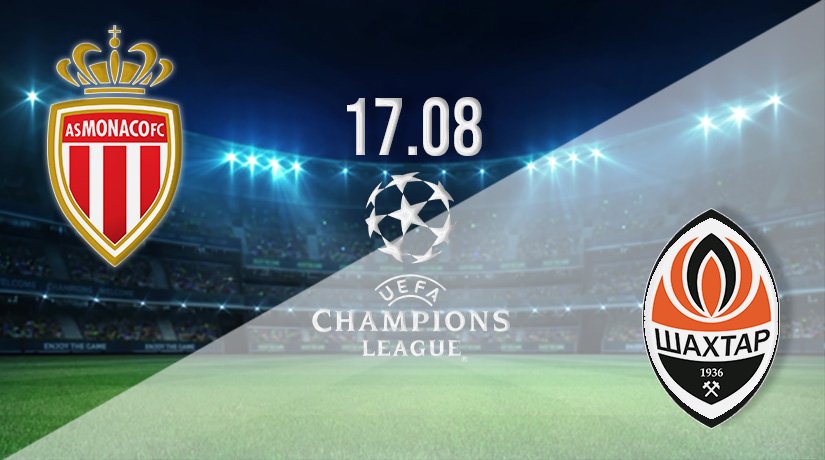 AS Monaco vs Shakhtar Donetsk Prediction: Champions League Play-Off on 17.08.2021

French giants AS Monaco still have work to do if they are to play in the Champions League group stages this season. To earn their spot, they must see off Shakhtar Donetsk in the play-off round.

It hasn’t been the start to the season that Monaco would have been hoping for, as they are still yet to win a game in Ligue 1. Niko Kovac’s side have won once and drawn once in the French domestic league so far this season. Their only competitive victories have come in the Champions League qualifying rounds, as they beat Sparta Prague home and away over the past couple of weeks. They claimed a 2-0 success on the road, with Aurelien Tchouameni and Kevin Volland registering goals. They confirmed their passage with a 5-1 aggregate success after the second leg, as they won 3-1 at home. Gelson Martins, Aleksandr Golovin and Sofiane Diop scored the second half goals in the comprehensive victory.

Shakhtar Donetsk are no strangers to playing in the group stages of the Champions League, and they have already seen off a talented Genk side in the competition to reach this stage. The Ukrainian side were dominant in both legs, as they walked away with a 4-2 aggregate success. Donetsk won both home and away games 2-1. The most recent of their victory was achieved last Tuesday. Donetsk were 2-0 up with 14 minutes of the game remaining after strikes from Lassina Traore and Marcos Antonio. Genk did pull a goal back in the closing stages, but the result was never really in doubt. However, they must improve against the talented Ligue 1 side this week.

AS Monaco vs Shakhtar Donetsk Head to Head

This will be the first competitive meeting between Donetsk and Monaco. The clubs have only previously met in a friendly, which was a 3-0 win for the Ukrainian side. However, that friendly was played in July, which meant that Donetsk would have been the fresher of the two sides as their league season was just about to get underway.

AS Monaco vs Shakhtar Donetsk Prediction

As is typically the case in the Champions League qualifying rounds, home advantage is crucial. Monaco need to take advantage back to Ukraine, and therefore, we expect them to win 1-0 in France on Tuesday night.

Make sure to bet on AS Monaco vs Shakhtar Donetsk with 22Bet!