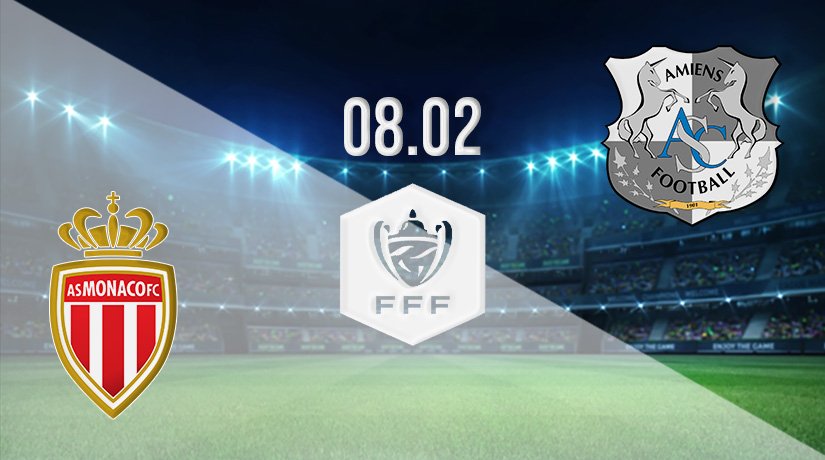 There is a very open feel to the French Cup this season, with all 16 sides left in contention believing that they have a chance to win the domestic honour. Monaco will be looking to book their place in the quarterfinals on Tuesday evening when they come up against Ligue 2 outfit Amiens.

Monaco are among the favourites to win the French Cup this season following the elimination of PSG in the previous round. They have been going along well in Ligue 1 over recent weeks, and moved into sixth place this past weekend with a victory against Lyon.

They effectively got the job done in the first half of that fixture, with Jean Lucas and Wissam Ben Yedder scoring in the opening half an hour. Monaco cruised through to the quarterfinals of the French Cup the weekend before last, as they beat Lens 4-2 away from home.

Ben Yedder was once again in excellent form in that game, as he scored twice. His second goal was the clincher with just two minutes of the 90 remaining. Jean Lucas and Sofiane Diop also scored in the win.

Amiens will be looking into this quarterfinal as the massive underdogs in the betting, as they play in the division below Monaco. They have never won a major trophy, but were runners-up in the French Cup back in 2001, as they were beaten by Strasbourg.

This fixture comes at a good time for Amiens, as they are unbeaten in four fixtures in all competitions. They produced a fine display in the previous round of the domestic cup, as they knocked off Ligue 2 struggles Nancy away from home. Arnaud Lusamba and Tolu Arokodare scored the goals in that victory.

AS Monaco vs Amiens Head to Head

AS Monaco vs Amiens Prediction

Amiens have done exceptionally well to reach this stage of the competition, but this is a huge step up in opposition. For that reason, the smart money has to be for the Monaco win. We could see the hosts cruising through with a 3-0 victory on Tuesday.

Make sure to bet on AS Monaco vs Amiens with 22Bet!