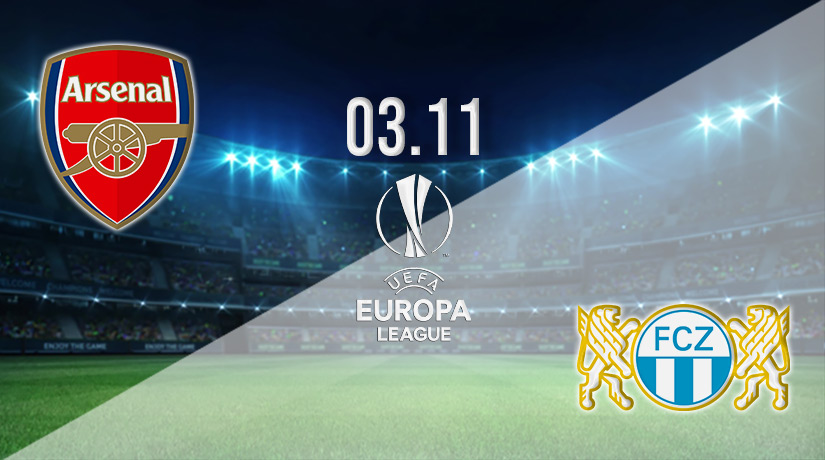 Can Arsenal Regain their Winning Touch with Victory Over FC Zurich?

With the Gunners travelling to Stamford Bridge on Sunday, Mikel Arteta will have that match in mind when choosing the team to face FC Zurich on Thursday. However, the need and hunger to win this match and seal the top spot in Group A will be high ahead of the kick-off on Thursday.

Arteta and the team he picks to play Zurich will be focused on keeping the performance levels high to bolster their chances of winning.

The gaffer will want his side to be purposeful on the ball, recycle possession fast across the pack, and progress the ball vertically to create chances.

Can FC Zurich Cause an Upset with a Win at the Emirates Stadium?

FC Zurich will need to be aggressive off the ball to stand a chance of taking anything from the clash with Arsenal. With the Gunners expected to dominate possession and dictate the tempo of the proceedings for large swathes of the match, aggression will be crucial in winning the ball back.

Aggressive pressing will also be important in cutting off passing lanes and making it harder for Arsenal to progress the ball into the final third and pose danger in front of goal.

They will also need to be brave when they get the ball, string some offensive passes together, and leverage set pieces to create chances in the Arsenal box.

Arteta’s charges began their Group A campaign in sterling form. They won their first four matches, collecting 12 points and topping the group. However, they lost their last clash away to PSV, which means they top the group by 2 points.

Arsenal’s Gunners have scored 7 goals while conceding 3 times in the run of five matches. Before the 2-0 defeat to PSV, they had conceded just 1 goal.

The Gunners have demonstrated good form in keeping clean sheets while maintaining a robust attacking edge. They will need this balance to bolster their chances of defeating Zurich on Thursday.

Zurich’s form in Group A has been wretched. They have won once and lost four times in their five fixtures in the group so far this term.  They have collected three points out of the available 12, and they are in the basement of Group A.

FC Zurich have scored 5 times in their five matches in the Europa League group stage; they have conceded 15 times in the process. This record has been poor at this level.

Their defensive solidity has been elusive as they have conceded the most goals in the group while scoring the second least behind Bodo/Glimt.

The midfielder is likely to start this clash as Arteta rotates much of his team in preparation for the London derby against Chelsea on Sunday.

Odegaard will bring his creative nouse, work rate, and pressing ability to the clash. He will be central to Arsenal’s forward play as they look to create chances enough to win the match.

The wingback will be central to providing Zurich with the width they need to stretch the Arsenal midfield and defence when attacking.

Boranijasevic also offers a goal from wide, which is important. He will be pivotal in falling back and defending against Arsenal’s pacey forward players.

Arsenal will play a patient, possession-based, and pressing game. They will dominate the ball, dictate the tempo of the clash, and have the best goal-scoring chances.

Zurich will be pragmatic in their approach. They will defend in numbers and be aggressive when out of possession.

Make sure to bet on Arsenal vs Zurich with 22Bet!