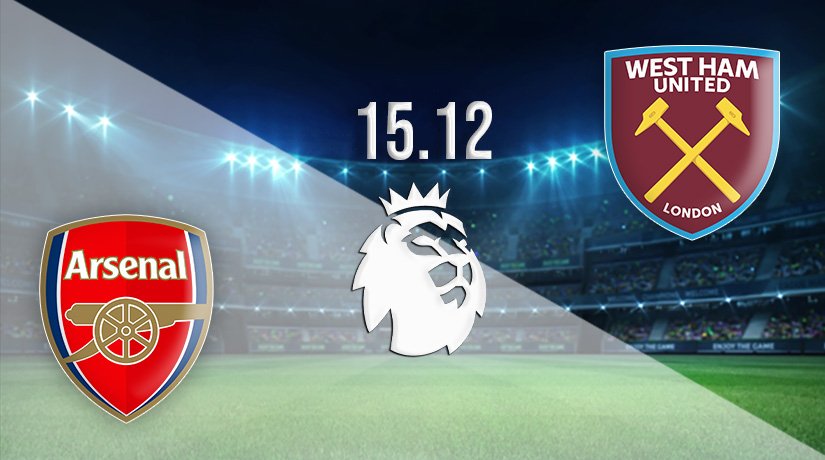 Arsenal welcome an in-form West Ham side to the Emirates stadium as the two sides from London lock horns at 21:00 GMT, with the prize being three precious points.

West Ham are looking to remain in the top four as Arsenal seek to surge into the Champions League places for the first time this season.

Mikel Arteta’s side have hit a rocky patch lately as they have managed two wins and three defeats in five outings.

After defeats to Liverpool and Manchester United in recent weeks, the Gunners need a statement performance and win to remind everyone that Arteta’s project is headed in the right direction.

Having won five out of their last six fixtures in the English Premier League, the Gunners will be in a confident mood as they welcome David Moyes’ men to North London.

Can West Ham Make a Statement Win at the Emirates to Fortify Their Position in the Top Four?

David Moyes’ side have been in imperious form in the first half of the season as they have rubbed shoulders with the top six sides in the league.

Having beaten Liverpool, Manchester City, and Chelsea in recent weeks, the Hammers will be confident visiting Arsenal as they look to strengthen their hold on the fourth position going into the busy festive season.

The form of Mikel Arteta’s side has been a stop-start over the last rounds of fixtures in the league.

The Gunners have collected 9 points out of the available 18. In this run, Arsenal have won three and lost three outings.

Arteta’s men have the best home form in the league over the last six matches. They have secured 16 points out of the available 18, with only the 2-2 draw with Crystal Palace sullying an otherwise perfect home haul.

The Hammers have collected 10 points from the last six matches. They have won three, drawn one, and lost two in this run. In this run, they have beaten Liverpool and Chelsea, both by a 3-2 score line.

Away from home, West Ham have won three, drawn one, and lost two from their last six rounds of fixtures in the league.

Mikel Arteta will not be able to select Sead Kolasinac for the London derby against West Ham. The 28-year-old left-back is nursing an ankle injury he suffered on November 13th.

Otherwise, the Spanish gaffer has a full complement of his squad available for selection going into the busy festive season.

David Moyes will have a major headache because of the availability of Angelo Ogbonna and Kurt Zouma. Ogbonna is out for the long-term, with the 33-year-old Italian sidelined with a ruptured cruciate ligament.

Kurt Zouma suffered a hamstring injury on December 4th, which is set to sideline him through December. This will be a major concern for Moyes as Zouma and Ogbonna are his first choice center-back pairing.

With Aubameyang struggling for form, Arteta needed a striker to step up and lead the line.

Lacazette gas stepped up and has become influential in Arsenal’s attacking play. His link-up play with Odegaard, Martinelli, and Saka was effective in the match against Southampton, as the Gunners ran out 3-0 winners.

Lacazette will be instrumental for Arsenal in the match against West Ham.

Antonio has seven goals and five assists in 17 appearances for West Ham United this season. The Jamaican international has been integral in the approach David Moyes has adopted this season.

West Ham has utilized his physical attributes and pace to devastating effect. He will be crucial as Moyes plots to undo the Arsenal defense at the Emirates.

Expect Arsenal to play their patient build-up and passing game; they will dominate possession to pick the West Ham defense apart. West Ham will maintain a disciplined approach to the game and seek to use their possession with direct attacks through wide areas.

With their discipline and attacking potency, expect West Ham to pull off a fine job on Arsenal by taking all three points from the Emirates.

Make sure to bet on Arsenal vs West Ham  with 22Bet!